The place to discuss everything else..
Post Reply
16 posts

Daily Mail got me Dave...I'm staying off as their Ads do annoy me a lot:

The recent information to deal with critical Fires in e-vehicles was the “Red Boxx” method of filled with water. Now there is another option from “Gelkoh GmbH” which is a Fire Blanket but it does involve manual effort - Dave

“In the event of an accident, the lithium-ion batteries installed in the cars can still pose a danger up to 48 hours later. Because that is the time the battery can still ignite itself if it is damaged in an accident. Since the extinguishing water usually does not reach the installed batteries, up to now there were only two solutions : Either observe the vehicle for 48 hours, or sink it in a container with extinguishing water and thus cause a total loss. Newly developed by IBENA is a third option for a customer specialising in safety around lithium batteries. The damaged car is wrapped in a so-called Rescue Bag, stored for the next 48 hours. It takes just three minutes for two men to pack the vehicle into the Rescue Bag. To do this, the car must first be pushed onto the lower part of the protective cover. The other parts are then fastened with zips and Velcro fasteners.” 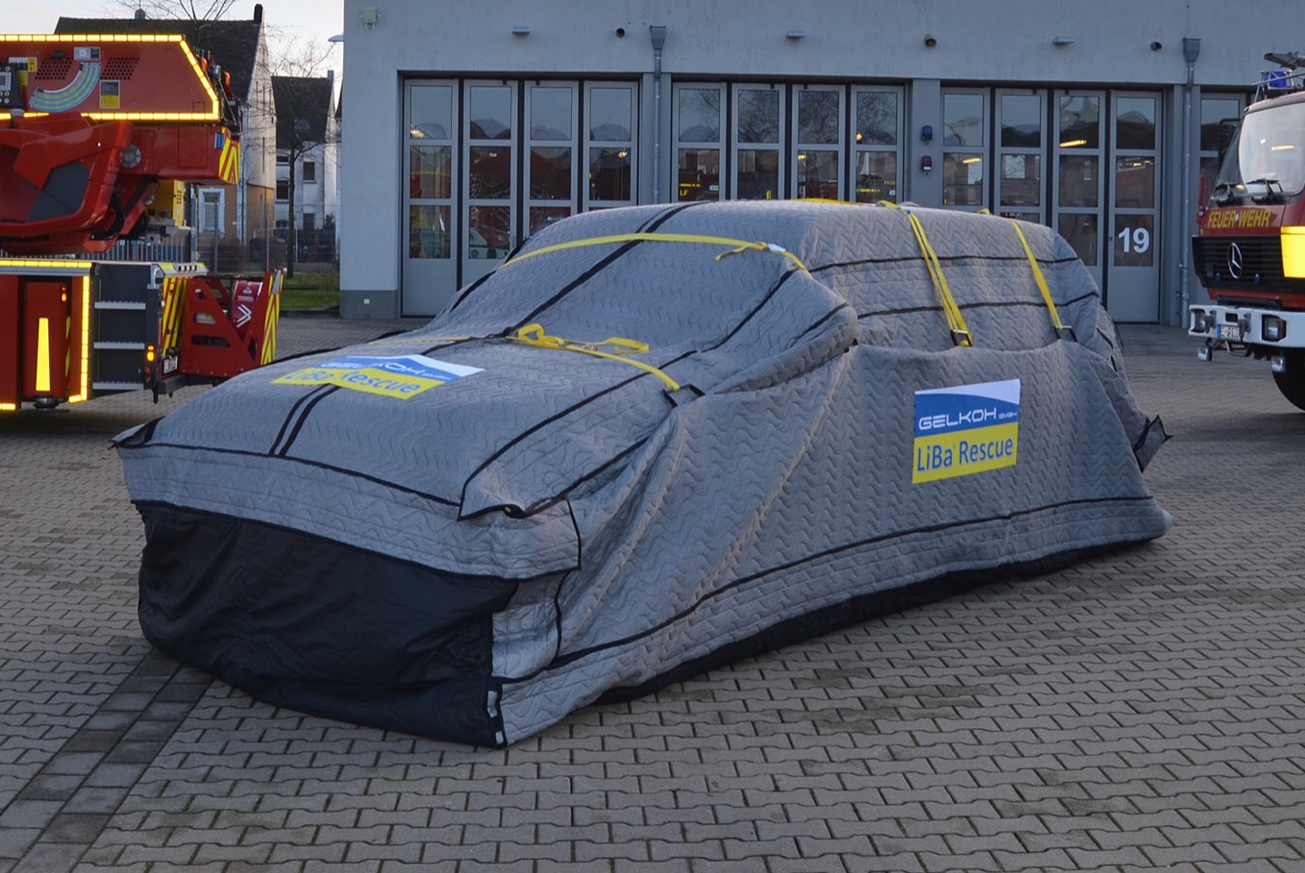 I sent yesterday the facts on the New QQ (Hybrid / e-Power) to an Old friend who lives in Berlin and is a daily reader of Newspaper and information which he forwards me. Today I received this which appears to be Newspaper Reports which might be of interest - Dave

Ford and Jaguar going 100% electric ? Maybe not after reading this ….
Anyone for a new VW Golf Electric or Hybrid?

By P Gosselin on 16. February 2021
The burned out vehicle and unstable batteries had to be submerged in a container full of water for days to keep them from reigniting. The German online HNA daily here reports how a VW Golf 8 Hybrid vehicle suddenly “exploded” Saturday evening before bursting into flames seconds later. The blast could be heard kilometers away, and the street was so damaged that it had to be closed.

Hat-tip: Bernd Felsche
Last Saturday evening a couple was driving their new VW Golf 8 Hybrid vehicle, when suddenly it exploded and burst into flames. The driver and her 46-year-old partner said there was a sudden blue flash and a very powerful explosion that sent all the windows flying out of the vehicle,” The HNA reports.
“The explosion bang was so loud that it was even heard several kilometers away.”
Though the driver and passenger suffered only minor injuries, they were just able to escape into the open air. The car burst into flames just seconds after the explosion.
Firefighters from Hilgershausen said the car was burning brightly in the middle of the road when they arrived.
Days needed to fully extinguish reigniting battery
Due to the materials used to manufacture the hybrid vehicle battery, extinguishing the fire was a real challenge and required monitoring by thermographic camera, special breathing apparatus and lots of water.
“But the reactions in the burning batteries kept causing the flames to flare up,” reported the HNA. “To make matters worse for the firefighters, temperatures of 16°C below freezing caused the extinguishing water on the road to freeze immediately.”
Also the extinguished battery kept rapidly reheating and each time had to be doused with water, which froze on the street and led to a centimeters thick ice sheet building up. Once the wreckage was finally hauled away, it had to be submerged in a container full of water to make sure the batteries did not reignite.
“The vehicle then has to stand in here for several days until there is no longer any danger of it flaring up again due to the reactions of the cells in the batteries,” reported the HNA.

Fire hazard: German town bans e-cars from parking garage
The fire risks posed by electric cars are well known, so much so that the Bavarian town of Kulmbach has just banned electric and hybrid vehicles from parking inside parking garages because their batteries are so difficult to extinguish when fire starts.
According to German online weekly FOCUS here, “This was decided by the city in consultation with the fire brigade for the underground car park under Eku-Platz, as first reported by the portal InFranken.de.”

Battery fires “dramatic”, too difficult to extinguish
In the event of an electric or hybrid vehicle battery fire, extinguishing it would take too long and the heat generated could lead to extensive structural damage to the parking garage.
FOCUS reports: “A steel floor can withstand heat for a certain time, but if too much heat is applied, the concrete will burst and the iron will melt. Then there would be a danger of collapse. At least that is the city’s reasoning for this unusual step.”

Battery fires rare, but “dramatic”
VW says that fires involving electric and hybrid vehicles are rare and that experts deem the new vehicles with lithium ion batteries to be generally safe. However, in the event a fire should erupt, it tends to be more dramatic.
“The fire risks posed by electric cars are well known, so much so that the Bavarian town of Kulmbach has just banned electric and hybrid vehicles from parking inside parking garages because their batteries are so difficult to extinguish when fire starts.”
What are the implications for the UK of home charging overnight – particularly inside home garages?

Oh yes I nearly forgot - the UK has banned the sale of all new petrol and diesel cars from 2030.

“It is often pointed out that electric motors are more efficient than internal combustion engines, and this is true; there is a factor of three involved. But the low energy density of batteries means that much of this advantage is lost in having to carry around a heavy battery. The power pack for a Tesla weighs half a tonne and occupies much of the floor pan of the car: for the same 600-km range in a petrol car, you would need 48 litres of petrol, weighing just 36 kg.
And the size of the battery means that they require huge quantities of materials in their manufacture. If we replace all of the UK vehicle fleet with EVs, and assuming they use the most resource-frugal next-generation batteries, we would need the following materials:
207,900 tonnes of cobalt – just under twice the annual global production;
264,600 tonnes of lithium carbonate – three quarters of the world’s production;
at least 7,200 tonnes of neodymium and dysprosium –nearly the entire world production of neodymium;
2,362,500 tonnes of copper – more than half the world’s production in 2018.

And this is just for the UK. It is estimated that the manufac­turing capacity for EV batteries would have to increase more than 500-fold if we want the whole world to be transported by electric vehicles. The vast increases in the supply of the materi­als described above would go far beyond known reserves.” From “Electrifying the UK” by Prof. Michael Kelly https://www.thegwpf.org/content/uploads ... carb-1.pdf
11.19/1.3L/160PS/Tekna+/DCT/PrOPILOT/KAD Gun Metallic/Trunk Lower Finisher/Rear Glass Finisher/Ambient Lighting-LED’s Innen/Entry Guards Illuminated/Sport Pedals/Front Styling Plate/LED No.Plate/Chrome Door Handles/Rear Valance/Giacuzzo Alloys + Falken
Top 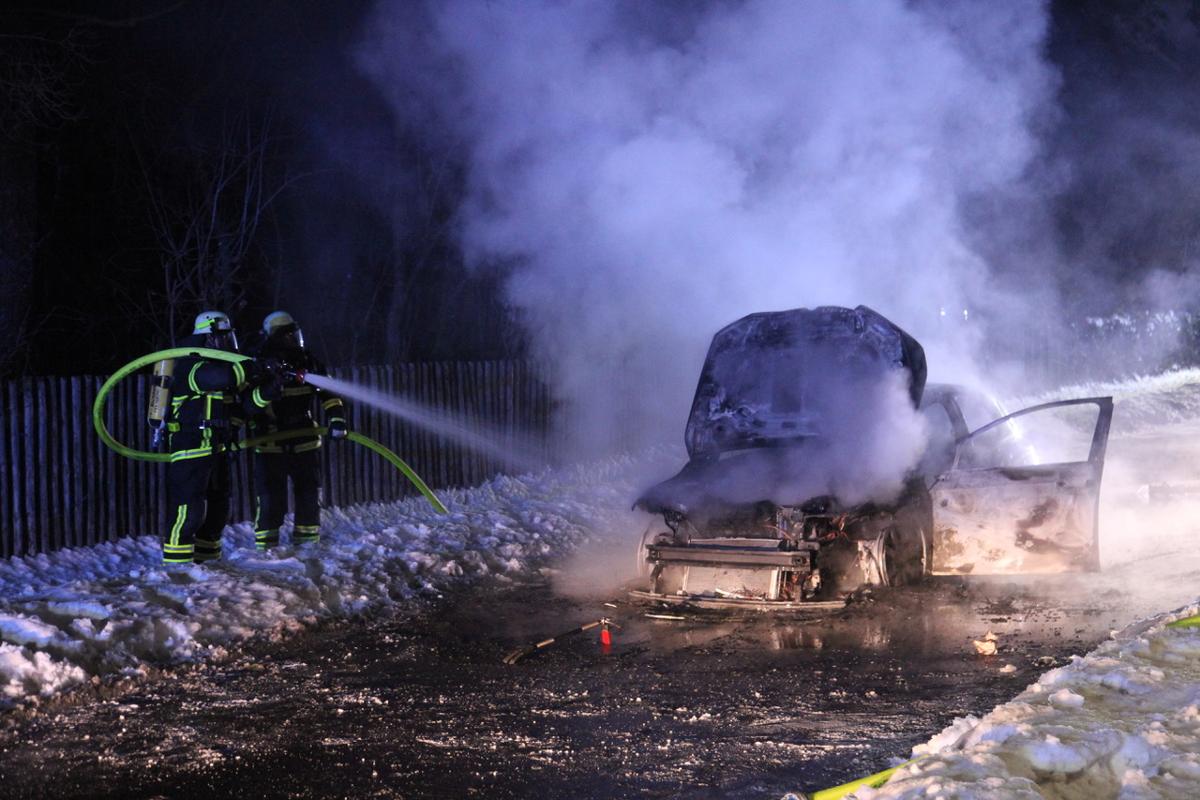 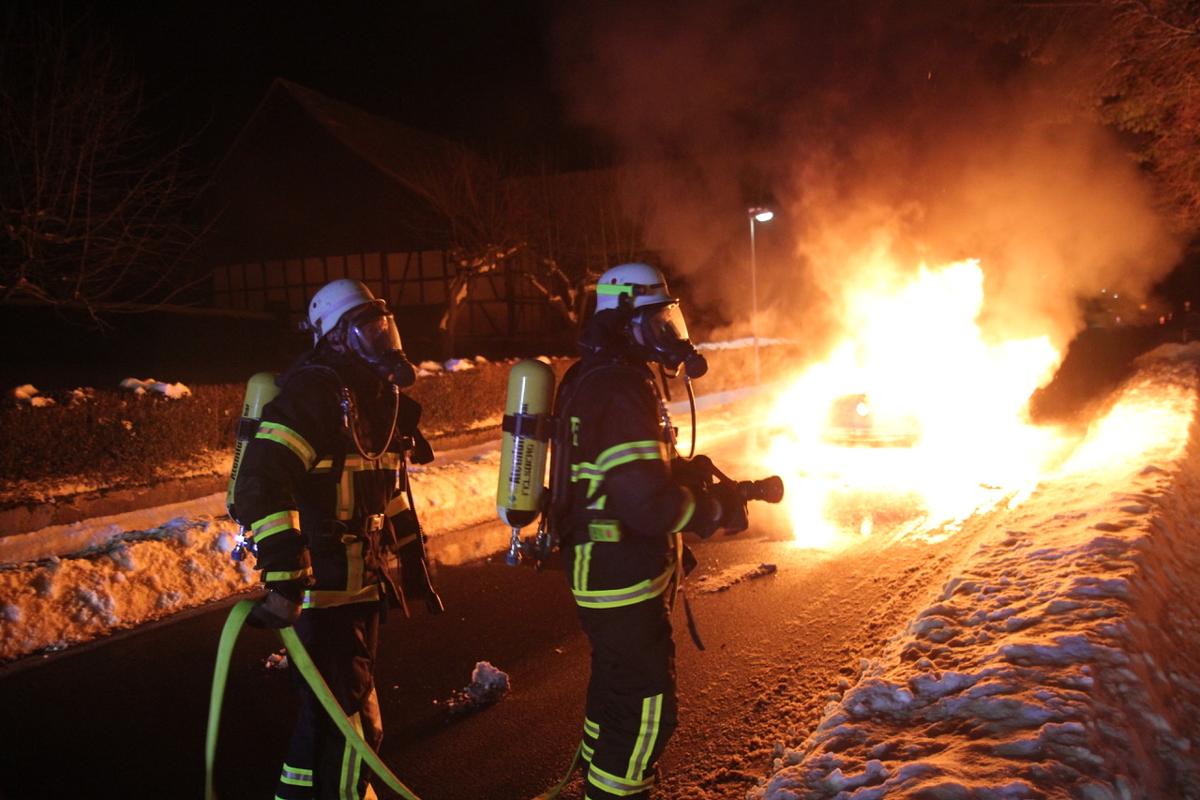 Seems to be a part of daily life (Battery / Fires) at present, let’s hope the Auto Industry gets it sorted soon - Dave

“Hyundai is to replace the electric batteries in nearly 82,000 of its electric vehicles worldwide because of a fire risk.
Most of the affected vehicles are Kona cars built between 2018 and 2020, thousands of which have been sold in the UK, vehicle-registration data suggests. Some buses and Ioniq cars are also affected.” 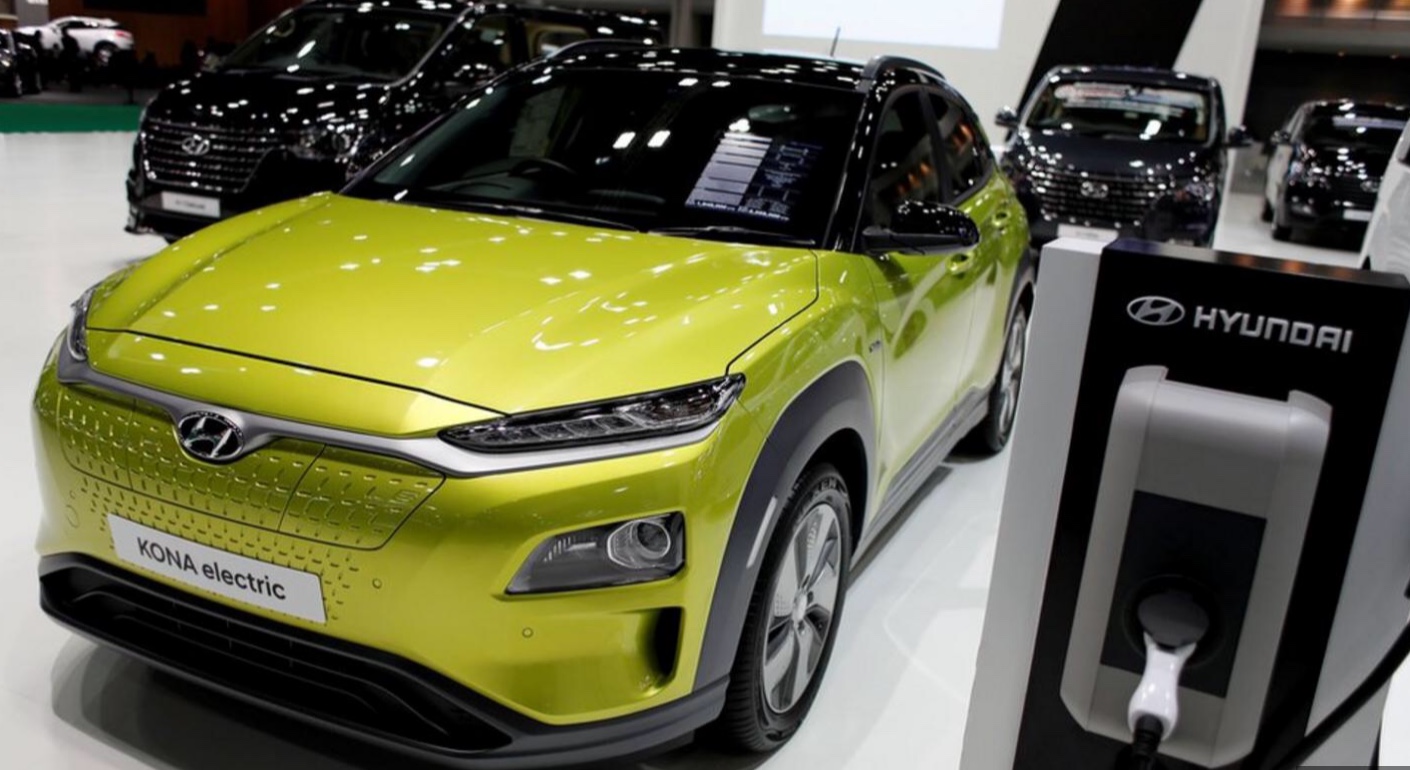