The place to discuss everything else..
Post Reply
20 posts

It looks like Tesla has another Competitor in the Electric Truck Market except this is Driverless, the Volvo Vera - Dave

Another economic sector that will be radically changed by self driving cars! I was reading this article at work which was about real estate which was to be redefined by these cars, and this and road transport are far from being the only sectors that will experience a transformation in the coming decades.
Top

It looks like Tesla is now starting to get competition from other Electric Truck Manufacturers in the US. The Rivian R1T (2020) looks like a typical luxury US Pickup with a range of 400 miles where as the W-15 Workhorse has a range of only 80 miles but with a Range Extender Engine and it appears to be just that a Workhorse - Dave 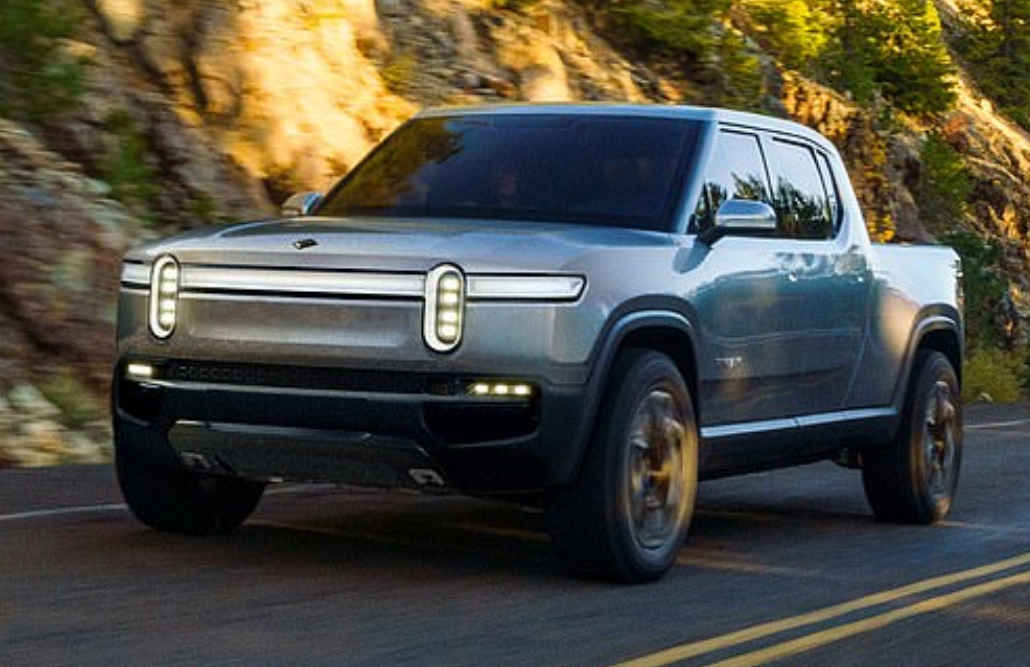 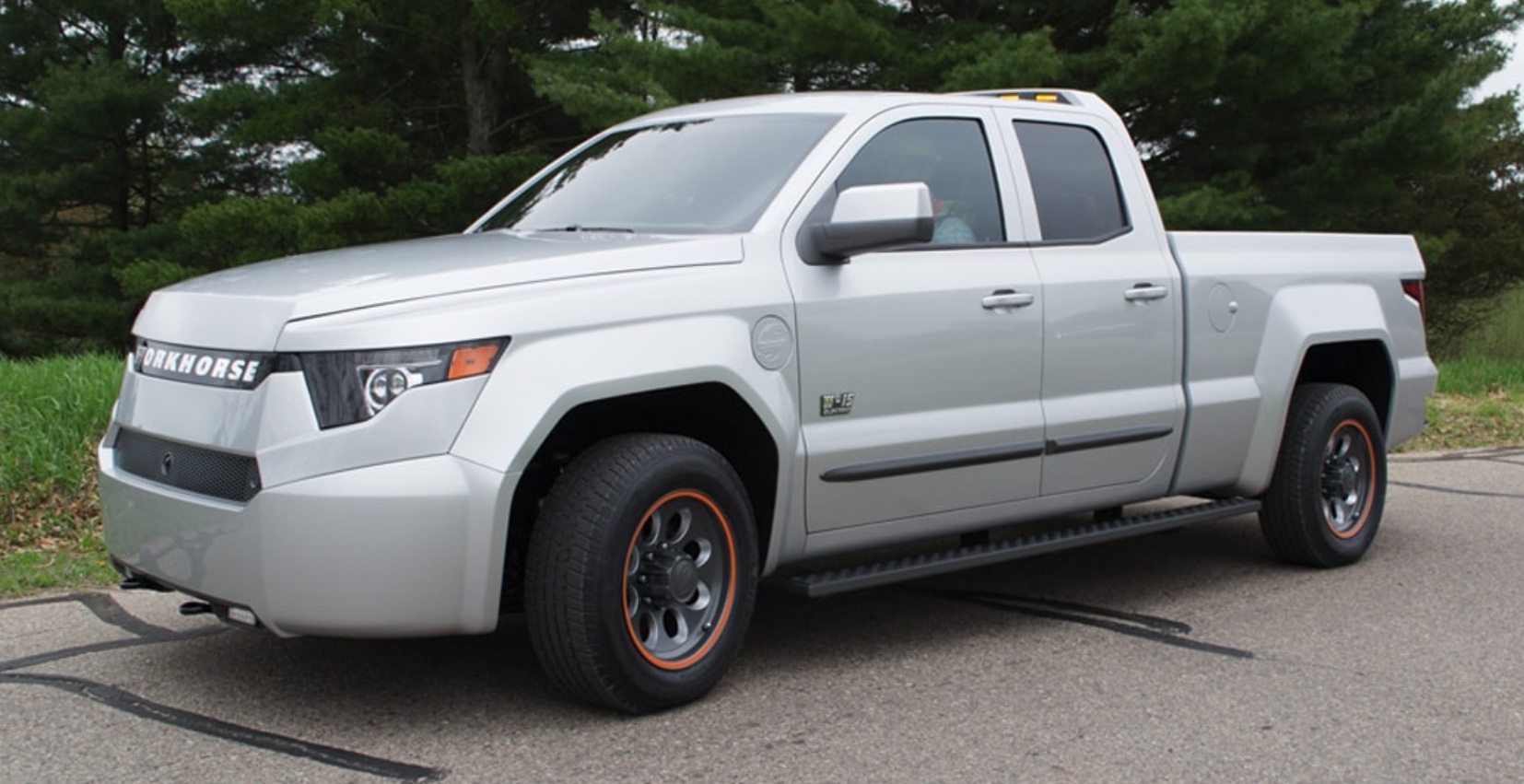 Lancer21 wrote: ↑
Wed Nov 21, 2018 4:40 pm
Another economic sector that will be radically changed by self driving cars! I was reading this article at work which was about real estate which was to be redefined by these cars, and this and road transport are far from being the only sectors that will experience a transformation in the coming decades.


I've just read that article - or rather wobbled through it.

What a load of confused nonsense at times!

Are people REALLY going to have self-driving mobile homes? And live in them?

Apart from it being American and thus somewhat removed from the UK situation what do sentences like "New technologies should be set to make many property types assailable. " actually mean?

to attack vigorously or violently; assault.
to attack with arguments, criticism, ridicule, abuse, etc.: to assail one's opponent with slander.
to undertake with the purpose of mastering: He assailed his studies with new determination.

So "... make many properties a bad investment" I suppose.


I still take issue with people actually owing autonomous vehicles. I maintain it will be a much more efficient use of vehicles to operate them as a "taxi service". i.e. one will tap an app on your phone and a vehicle will arrive, take you to your destination and drop you off. No need to worry about actually owing and maintaining it - and no need to park at home or destination.
(2015 Nissan Qashqai Tekna DIG-T 1.2 sold 15/6/18) ~ 2018 Suzuki Ignis SZ5 - 2018 Yamaha MT-07
Top

Digital retailer and entertainment giant Amazon is getting into the auto business. Electric truck and SUV startup Rivian said it has a deal for an equity investment round of $700 million led by Amazon. Amazon has become interested in the auto business and recently invested in autonomous driving startup Aurora. Rivian’s technology could represent a potential opportunity for Amazon to shape electric delivery vehicles to support its own logistics effort.

One major backer is the investment arm of Abdul Latif Jameel IPR Co. Ltd., a Saudi Arabian conglomerate whose holdings include a major Toyota car and truck distributorship. ALJ provided $500 million in backing. Sumitomo Corp. also has invested in Rivian.

Americans purchased almost 3 million pickup trucks last year. They accounted for almost 12 percent of the market. But none were electric. Workhorse Group, another startup is working on developing an electric pickup. Ford Motor Co. has said it plans an electric version of its F-150 pickup truck. Both Tesla and startup Bollinger Motors have e-pickups in the works.
The crew cab R1T pickup boasts an 11,000-pound tow rating and cargo capacity of 1,760 pounds, according to Rivian. The truck will have as much as 753 horsepower and 826 pound-feet of torque. The vehicle will have four independent electric motors, one for each axle. Acceleration is as quick as 3 seconds from 0 to 60 mph for the top of the line model. The top-trim version will offer up to 400 miles of range from a 180-kWh battery.
Rivian said its target base is $69,000 before incentives. The truck is scheduled to begin production late next year. 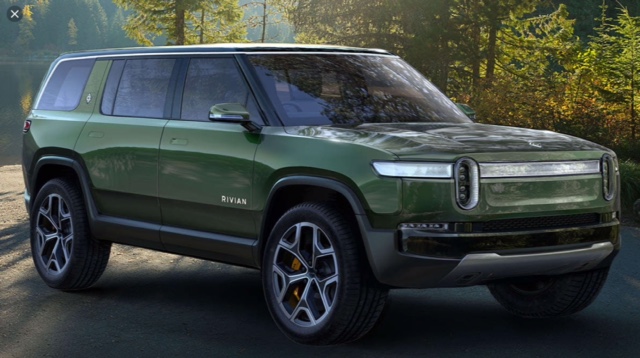 The R1S sport utility uses the same powertrain and underpinnings and offers almost the same horsepower and range figures as the pickup, despite its larger cabin. Rivian will produce the vehicles on what it calls its flexible skateboard platform at a factory in Normal, Ill. It has talked about selling the platform and other technology to other customers for other uses. 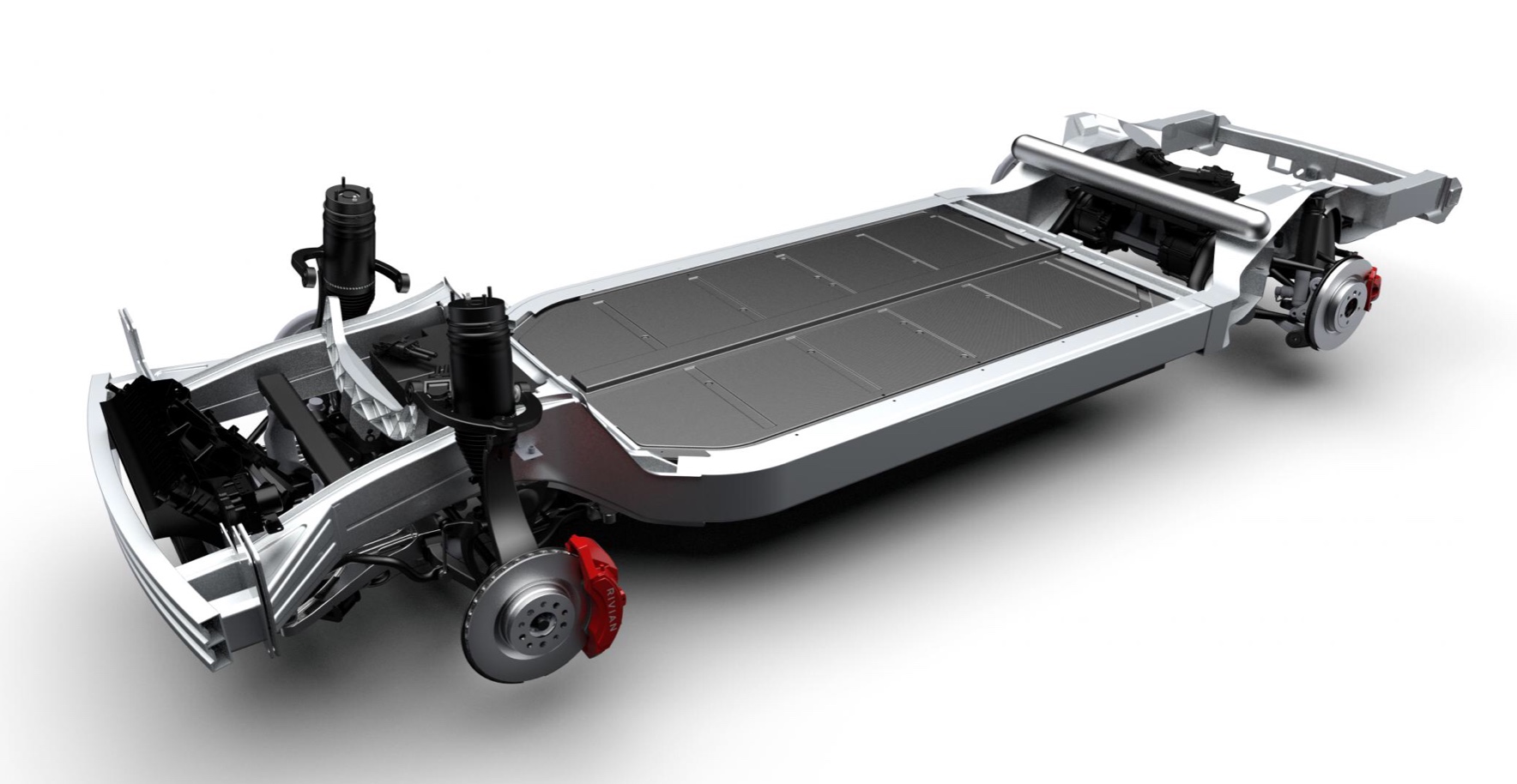 Could this be the Tesla Cybertruck for the future - Dave 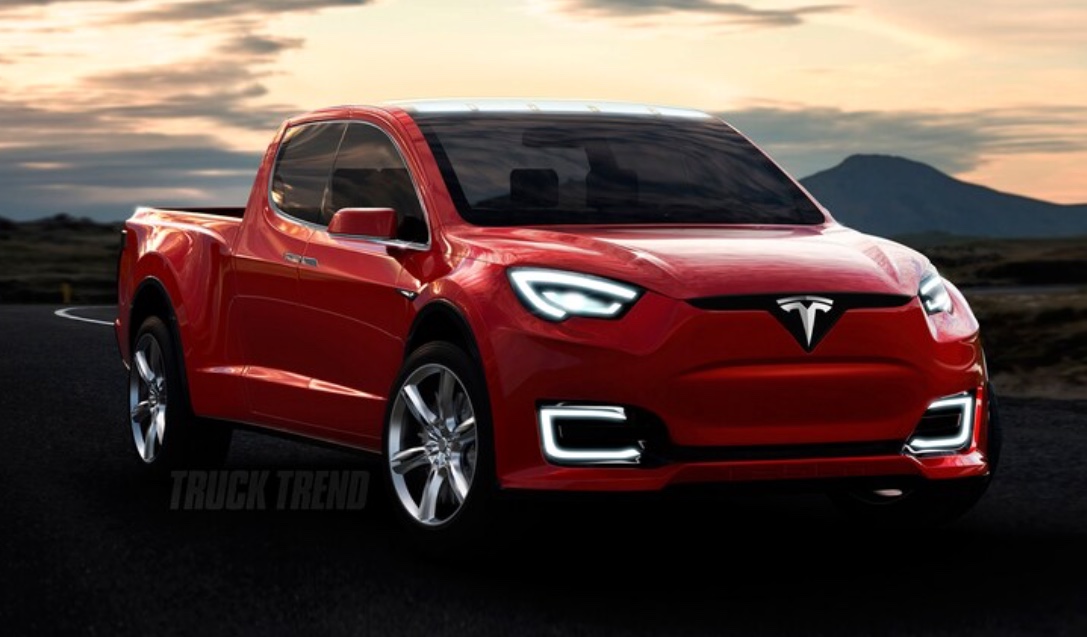 The quickest way to Cybertruck ownership - build your own!

I have seen a couple of reports/tv showing proposed autonomous taxis recently. Driver still sitting in position with cupped hands under the steering wheel. Does anybody really think these things are going to turn up on the end of a smartphone hail...just like that?

Plenty of in street decision analyses with each other trying to arrive...on time? Or not arriving because they are arguing with each other? Or someones hacked the phone comms and intercepted the taxi and stripped it for parts? Electronic stuff will get done...for sure.

And how does insurance work with such a service? On your own in a autonomous moving metal box...and so on.
Thankfully unbusy (retired)
Mk2 Qashqai Facelift - J11b (2017–present)
1.6 Dig-T N-Connecta
Top

There are lots of comments regarding Elon Musk and Tesla, but the Company seems to be becoming successful along with his Rocket Man Technology. The Papers for the New Factory near Berlin are signed and the House Prices are rising nd the negative side is he is looking for cheap Labour from Poland - Dave

The Dubai Police are already interested in the Cybertruck to back up their existing range of exotic Police Cars. 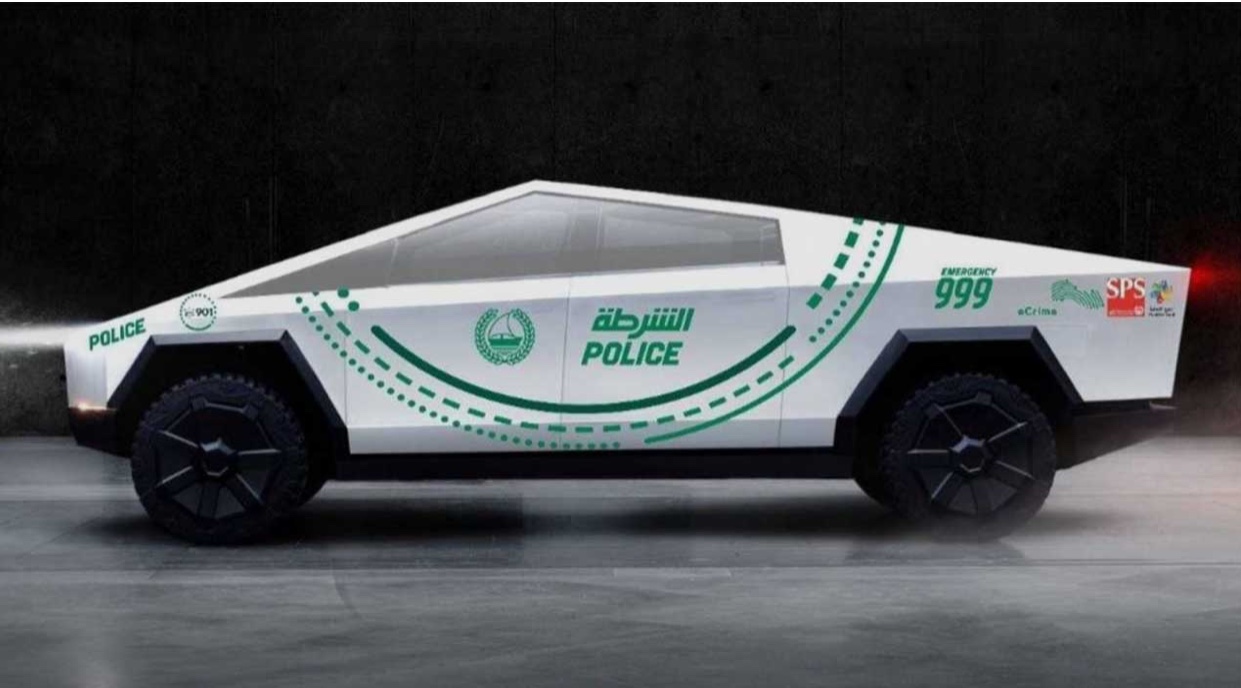 Dubai police to get a Tesla Cybertruck : https://www.slashgear.com/dubai-police-to-get-a-tesla-cybertruck-02601901/