I recently installed a Dashcam in my J11 2016 Qashqai and thought I'd take the opportunity to show how i did it, as it might help others contemplating an install.

The Dashcam I installed was a NextBase 512G which is the upgraded version to the 402G which I have in my other car, a camera I've been pleased with so hopefully the 512G's going to equally good, if not better.

I bought the NextBase hardwire kit, only to find that whilst the kit comes with both standard and mini auto-fuse piggyback connectors, it didn't come with the micro fuse connector required for the J11 QQ, so I had to source that from eBay. 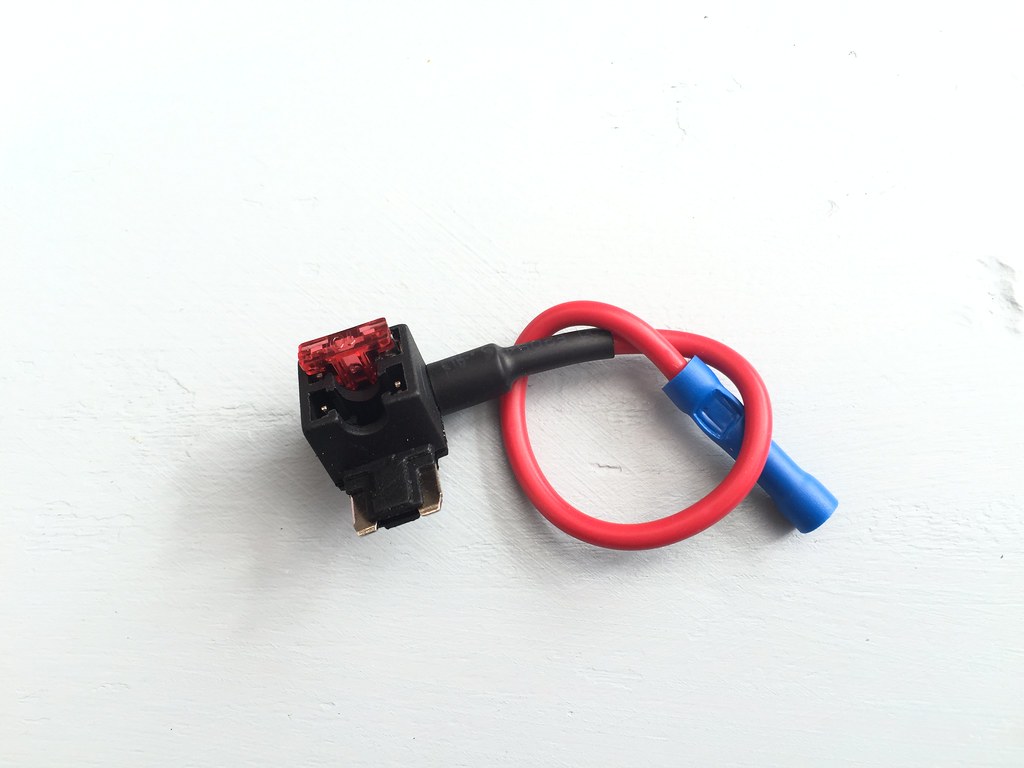 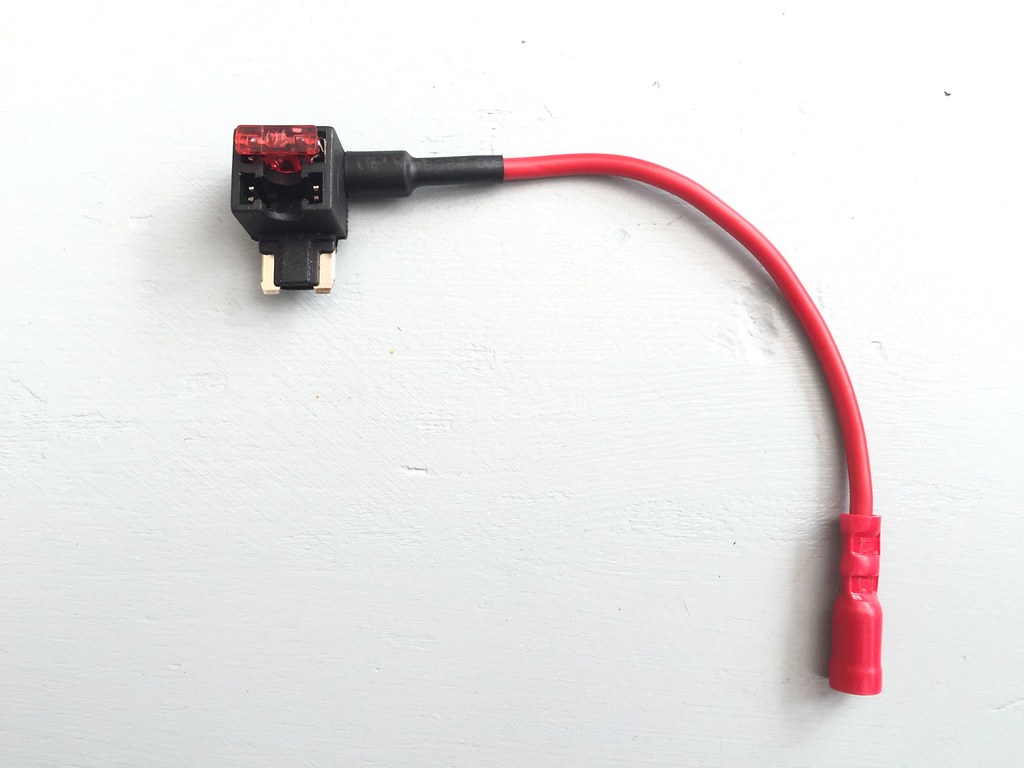 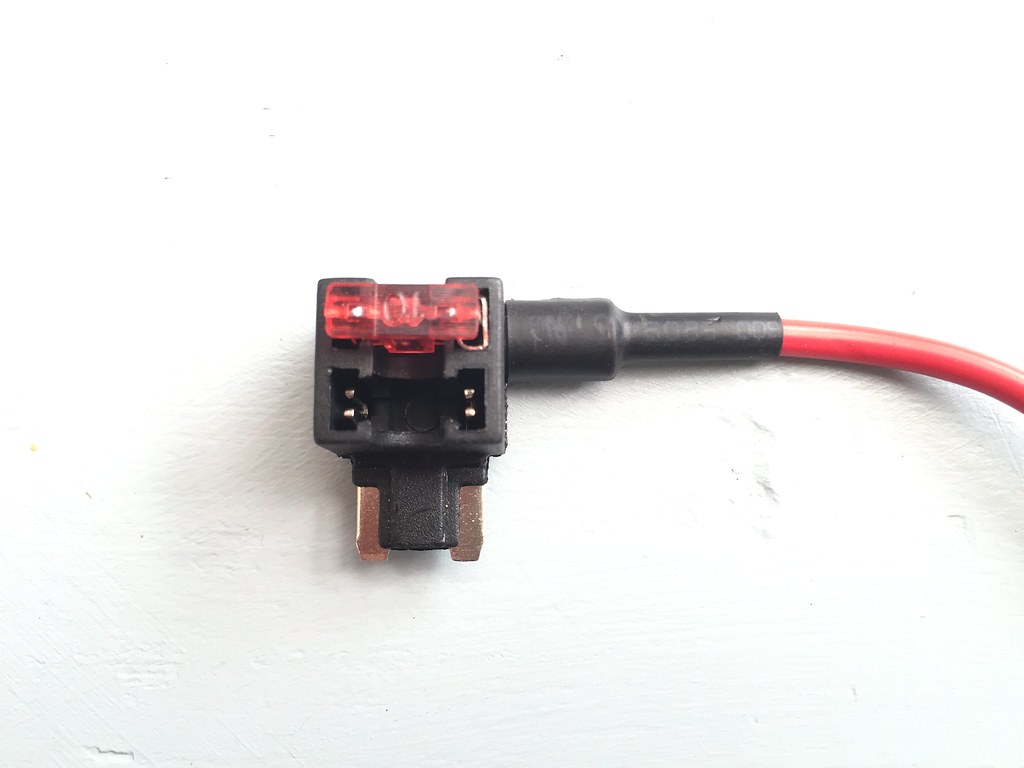 Next I ran the hardwire kit wiring. Starting at the camera location, I used a loom-band plastic needle to poke the lead behind the headlining (after ensuring I had sufficient slack at the camera to connect everything up. 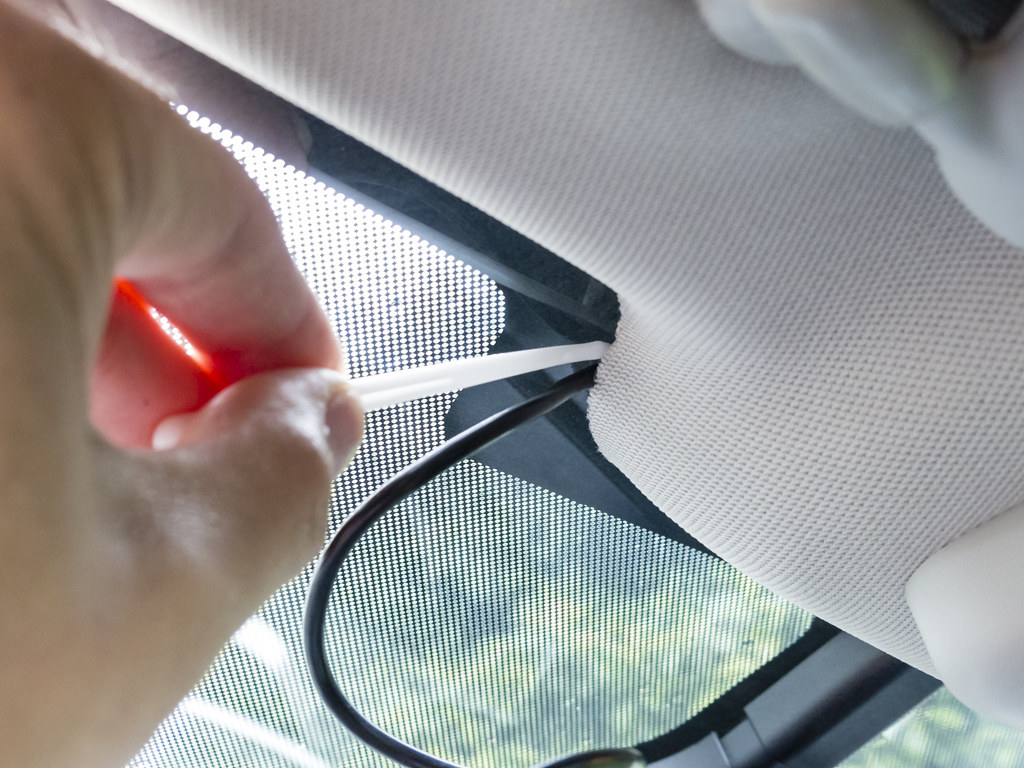 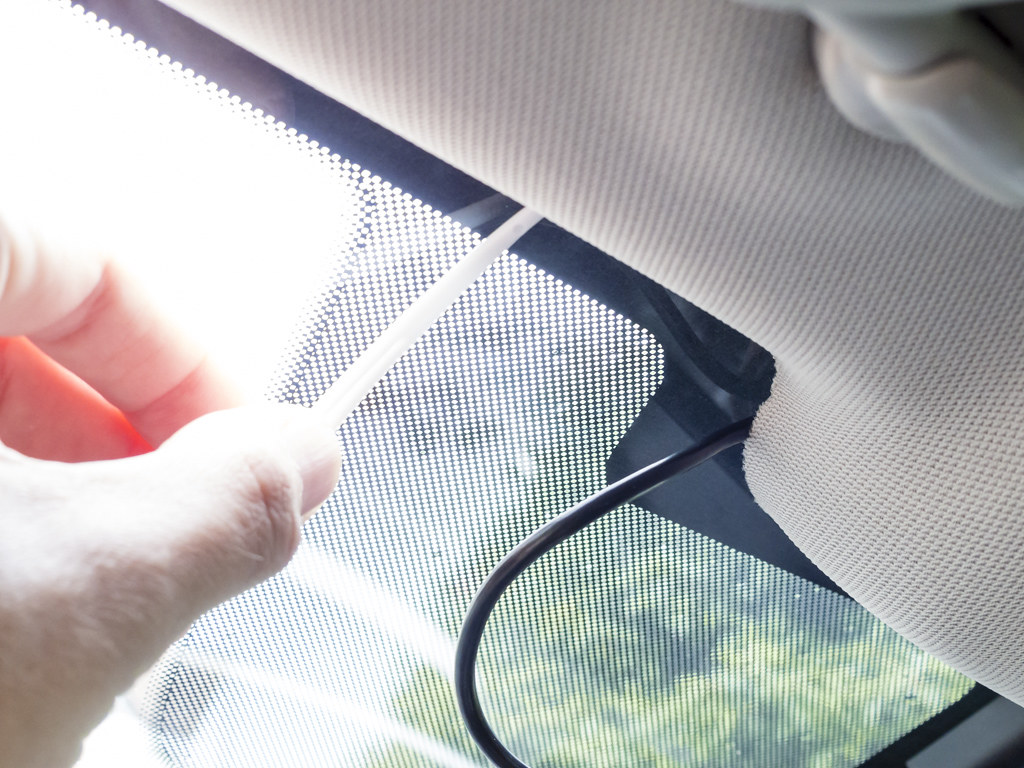 When I came to the A-Pillar, I carefully separated the pillar trim from the headlining (it bends to open up a 5mm gap quite easily) and pushed the cable into the opening with the loom-band tool. 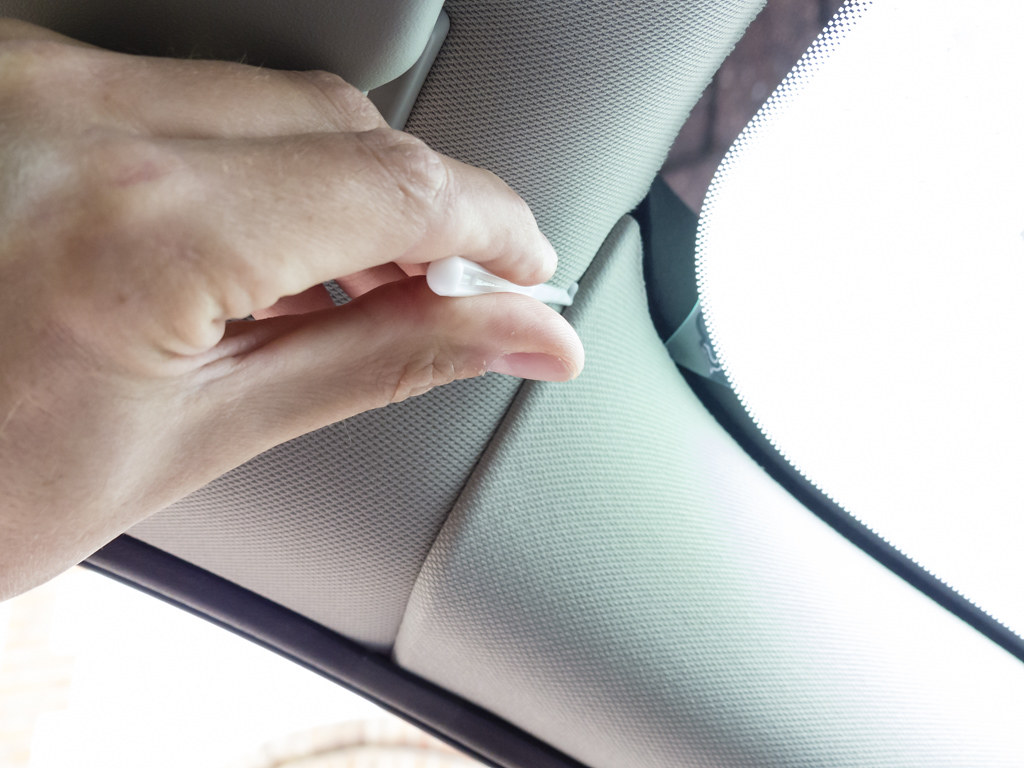 I then carefully opened the door seal (without removing it), using the loom-band tool where it was tight, and pushed the cable into the recess between the A-Pillar trim, door-frame, and rubber seal. 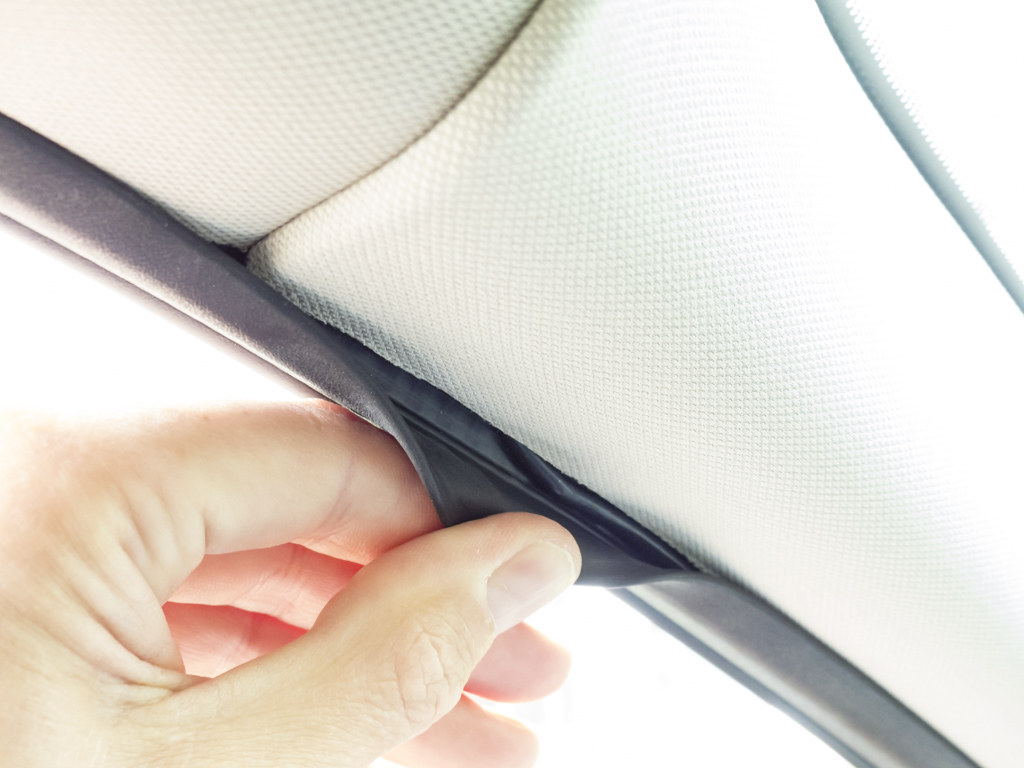 Before your cable routing reaches the dashboard area you'll need to tackle the glovebox and capping trim removal. 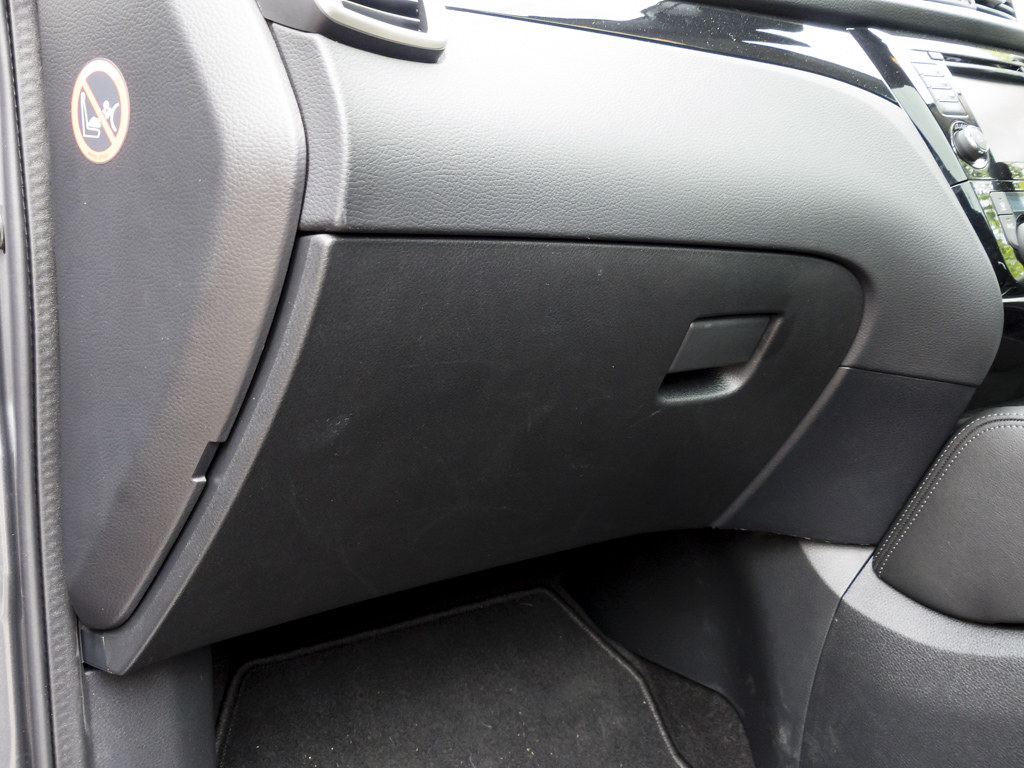 If you open the glovebox and peer inside, you'll see a small (perhaps 100mm square) fuse board cover. Since it's impractical to work though this minuscule opening you'll have to remove the glovebox. 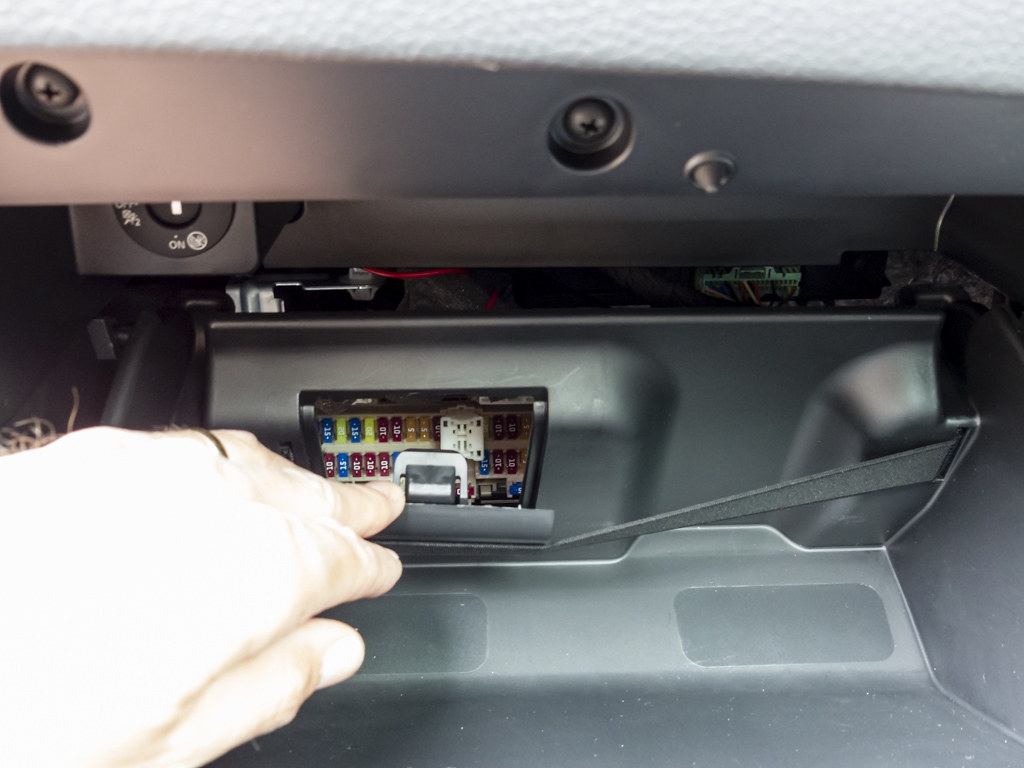 The glovebox is located by two press-fit hinges which clip over a plastic barrel on the lower dash. 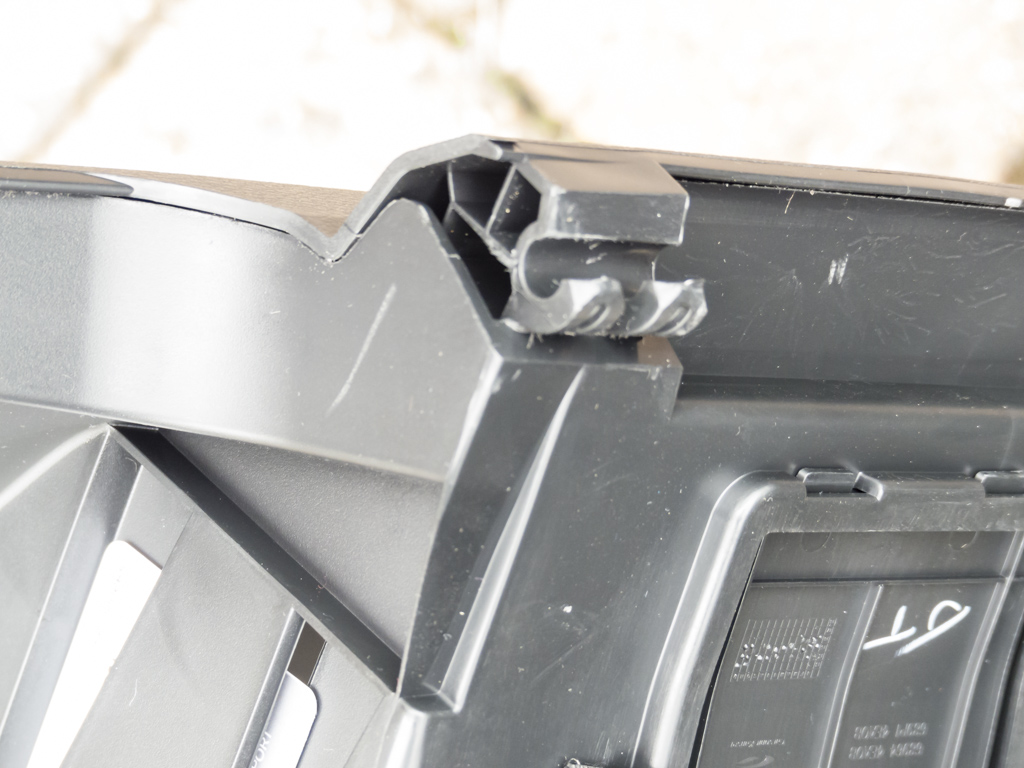 ...and via two retaining lugs which locate in openings towards the top of the glovebox opening.... 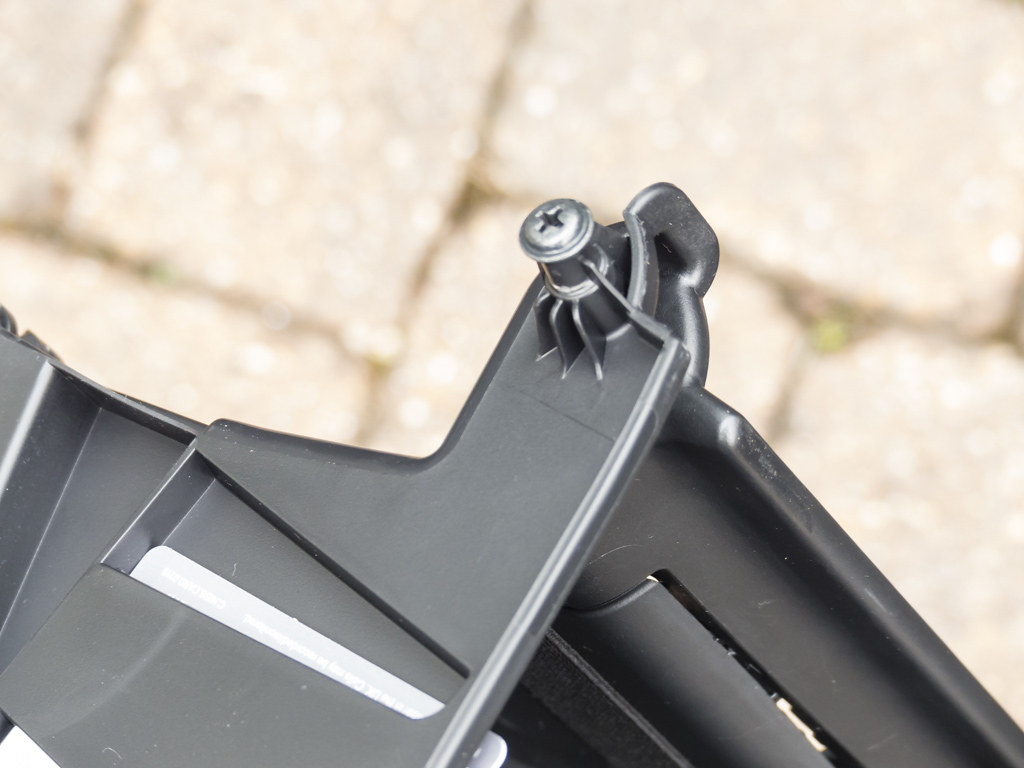 ...and finally by the damper which makes opening the glovebox feel good.... 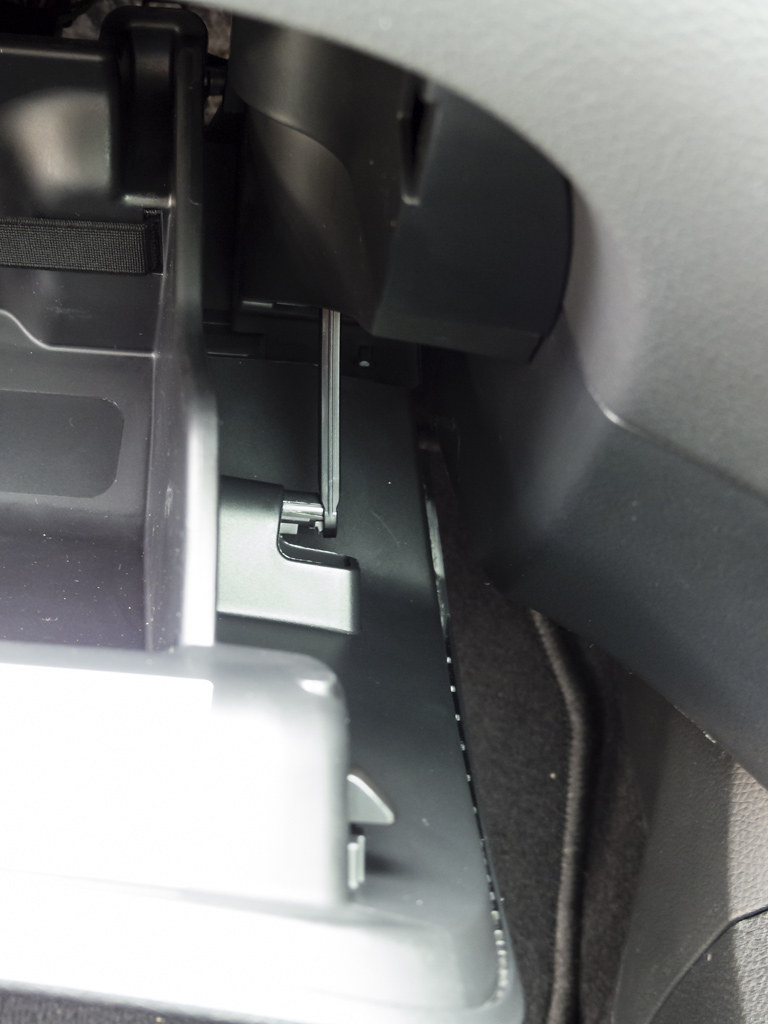 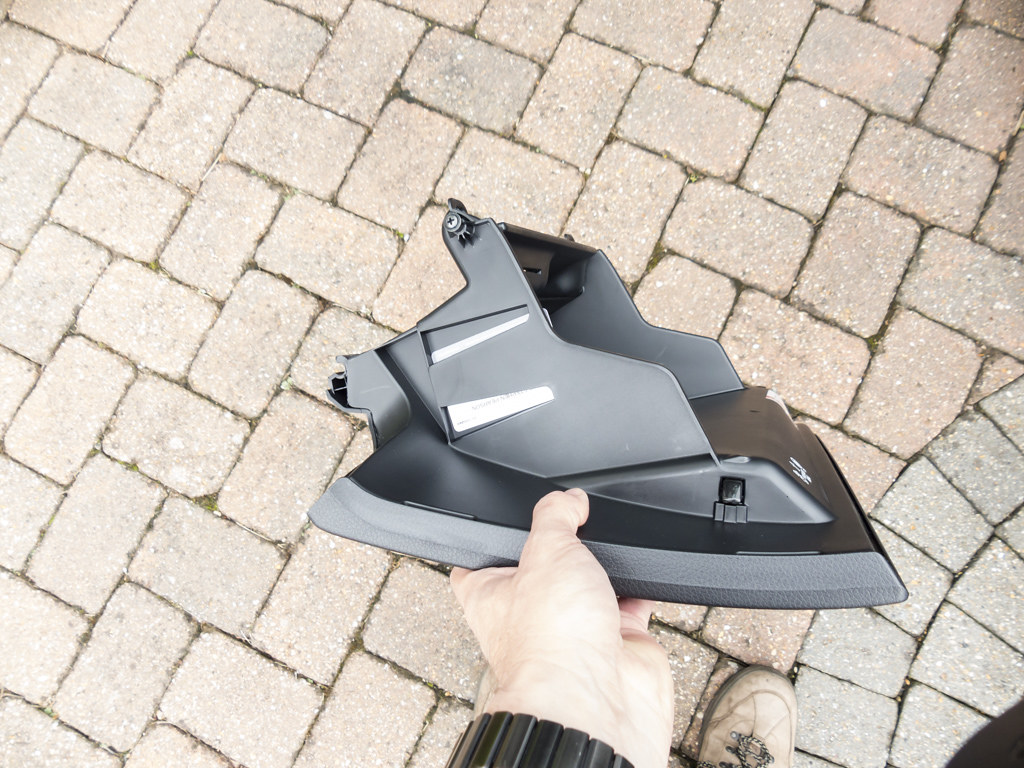 You can see the hinge clips at the 9 o'clock position, the retaining lug at 11 o'clock. The damper bar is at the opposite end.

Now remove the dash end cap by pulling at the lower edge.... 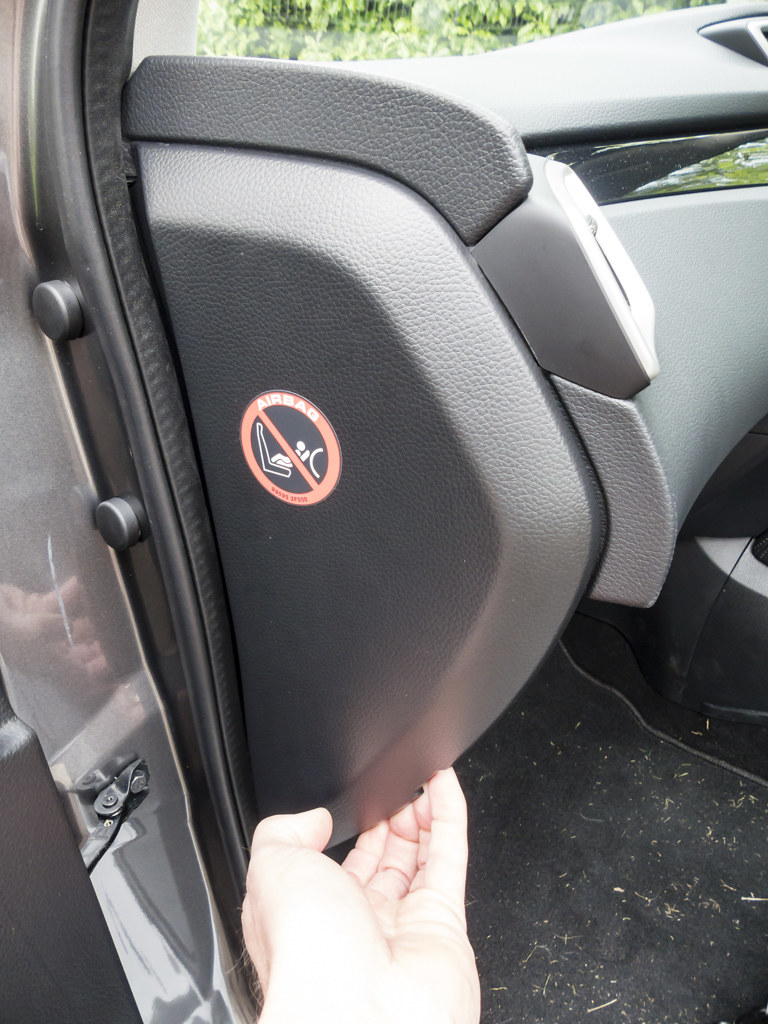 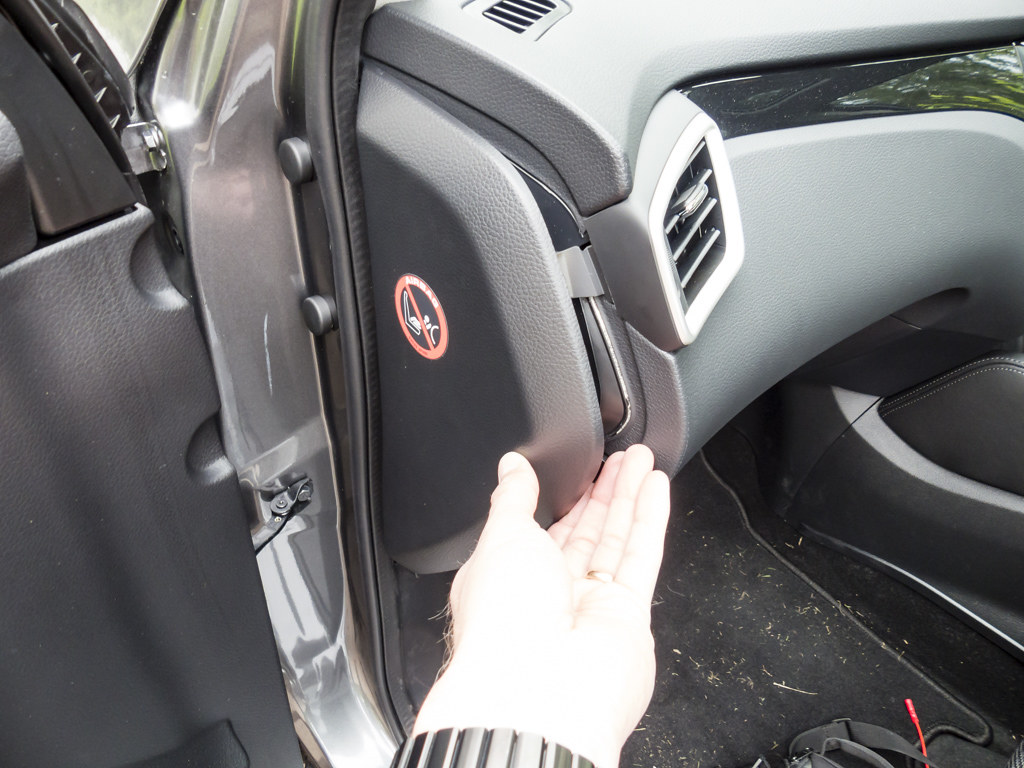 And then hinge it away from the dash to remove. 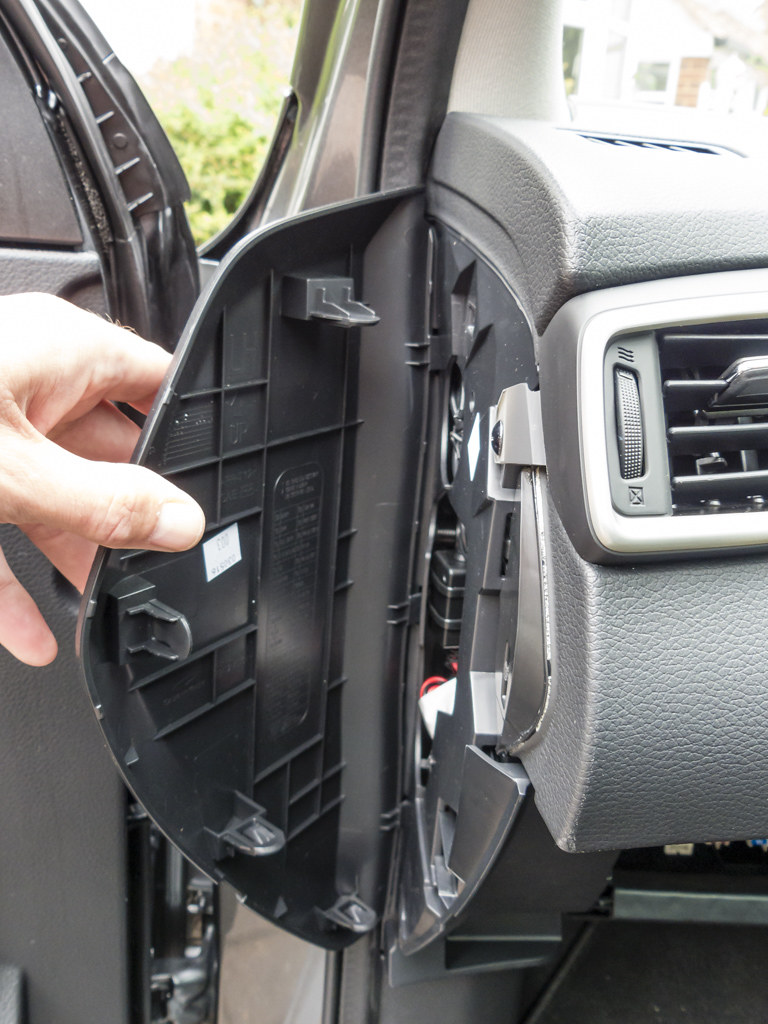 On the inside of the dash-capping there's a fuse list. I suggest you photograph this for future reference. 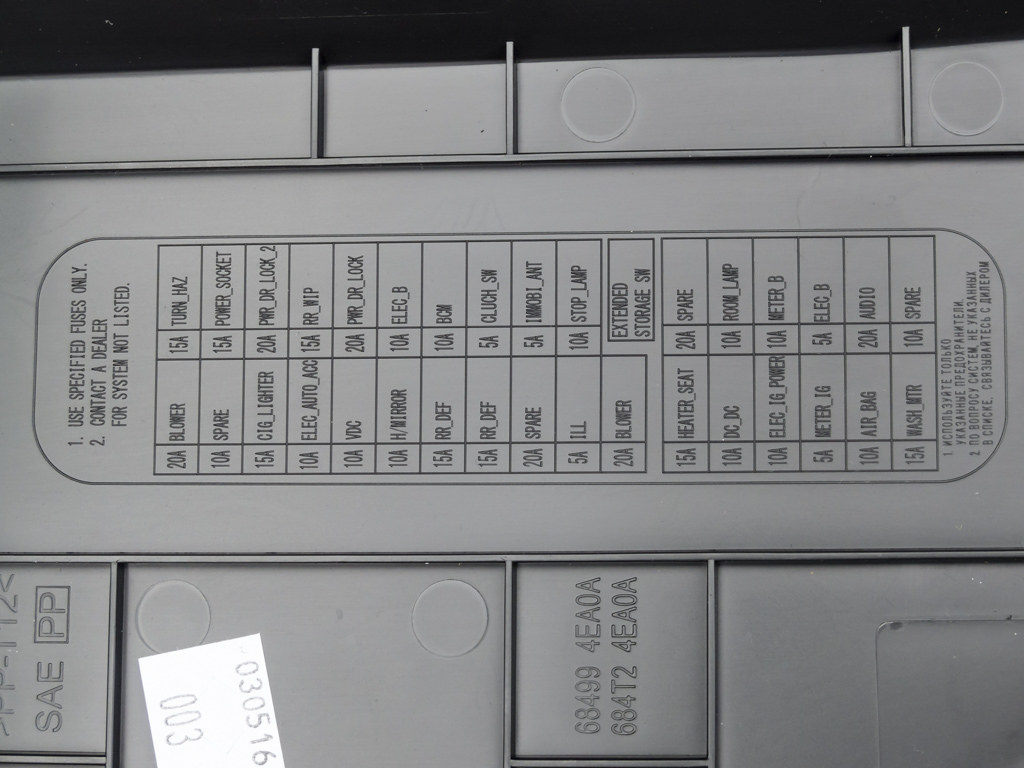 Now you have full-access to everything you need, complete the cable installation from the door-trim into the void behind the dash capping. I managed to pry the hardwire kit control box between the door frame and the very flexible plastic dash end, and then secured it in place with cable ties to the metalwork behind the dash. I also tidied-up any surplus wiring, coiling it up and securing it to the metalwork alongside the control box. 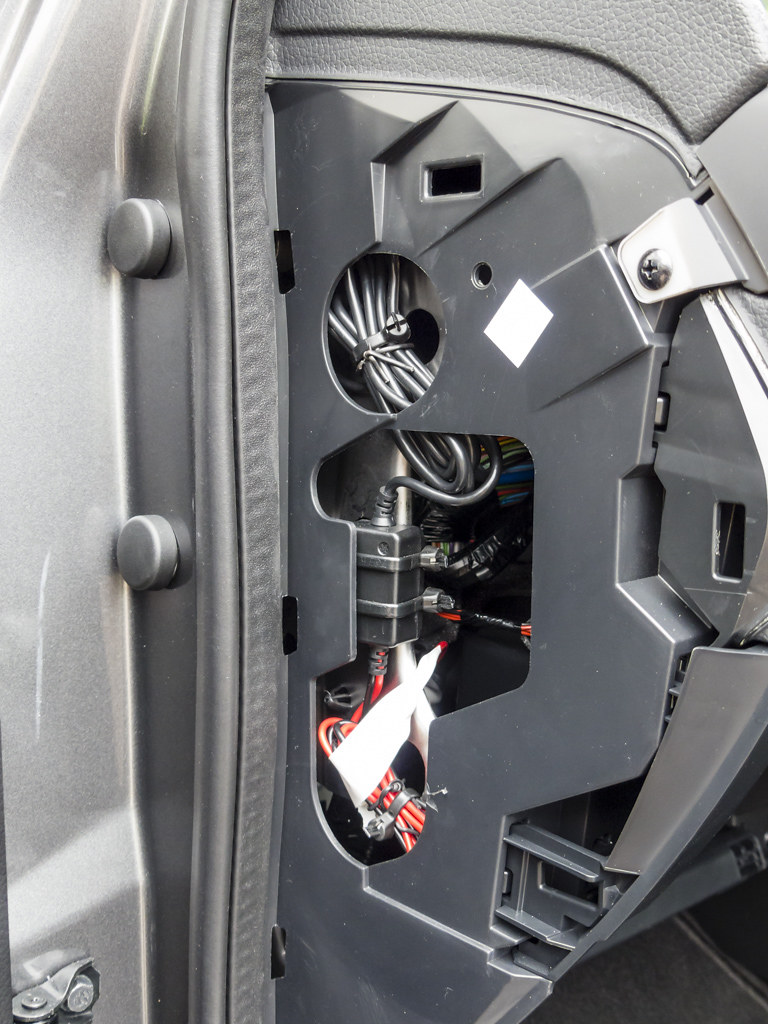 Next I pulled the live and earth (red and black) cables through into the fuse board area. There's an opening between the dash end capping and the fuse board just to the rear of the glovebox opening. I secured the earth spade connector to a convenient screw on the fuse board backplate (see centre of picture). The live (red) cable is currently just hanging down. 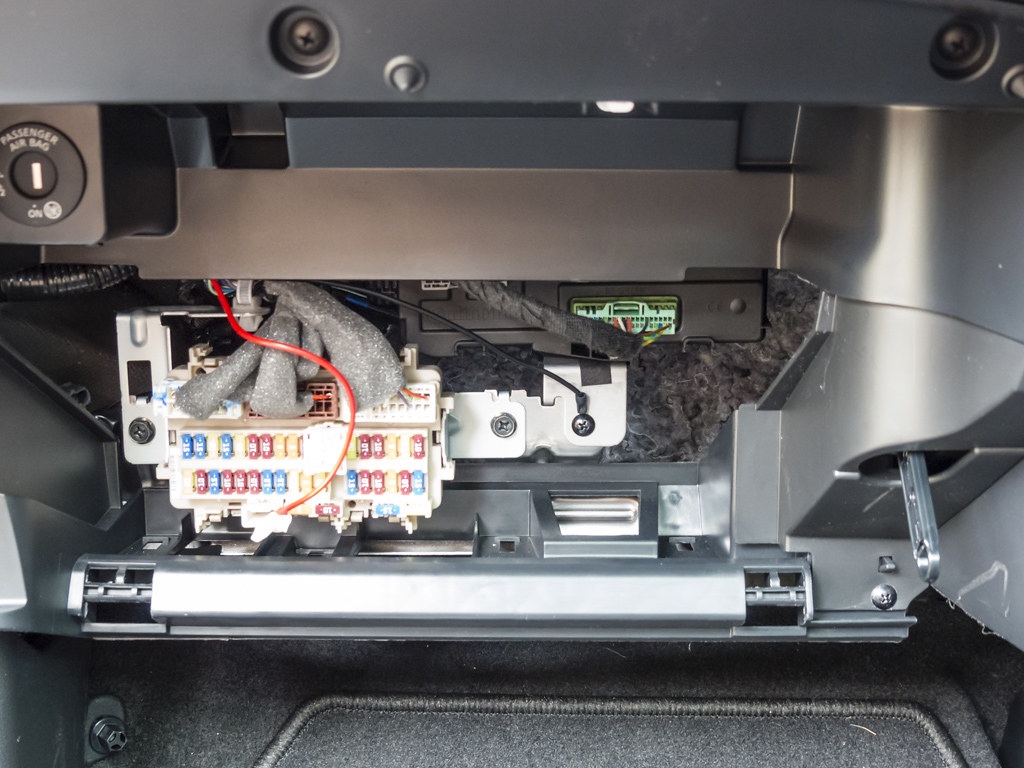 Next I selected my chosen fuse (in my case a 15A one supplying the washer jet) and I checked that it was ignition switched and which side was hot (live). Note that in the J11 2016 QQ there's a live bus-bar across the centre of the fuse board, so the upper terminals of the lower fuses, and the lower terminals of the top row of fuses, are live. 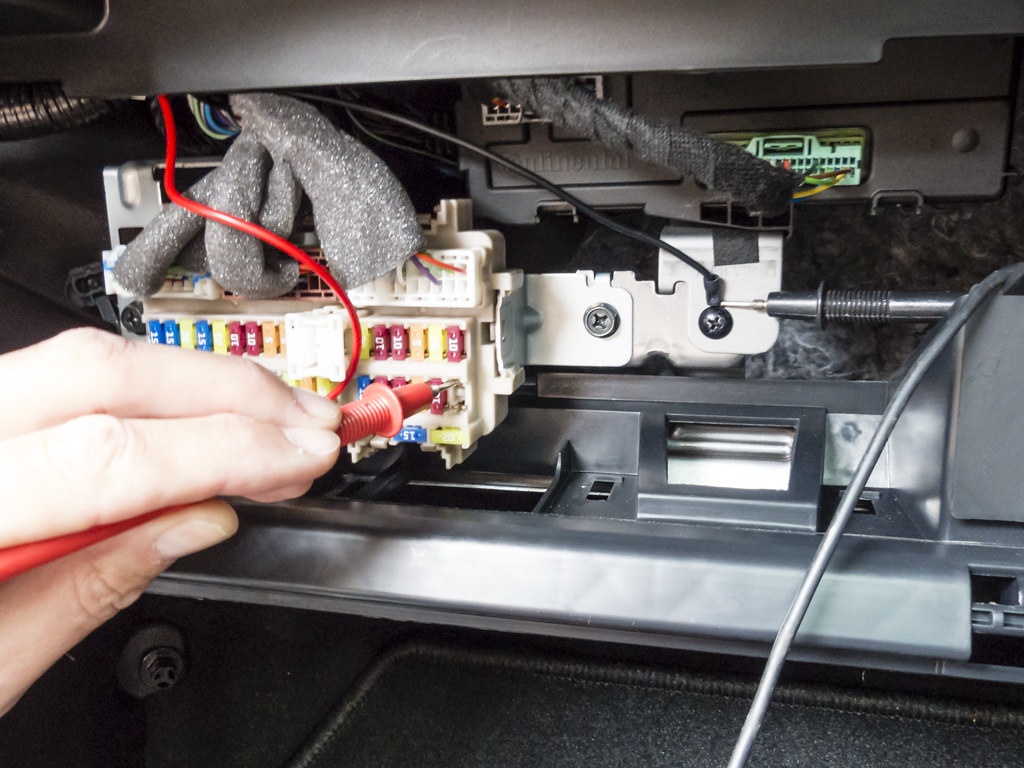 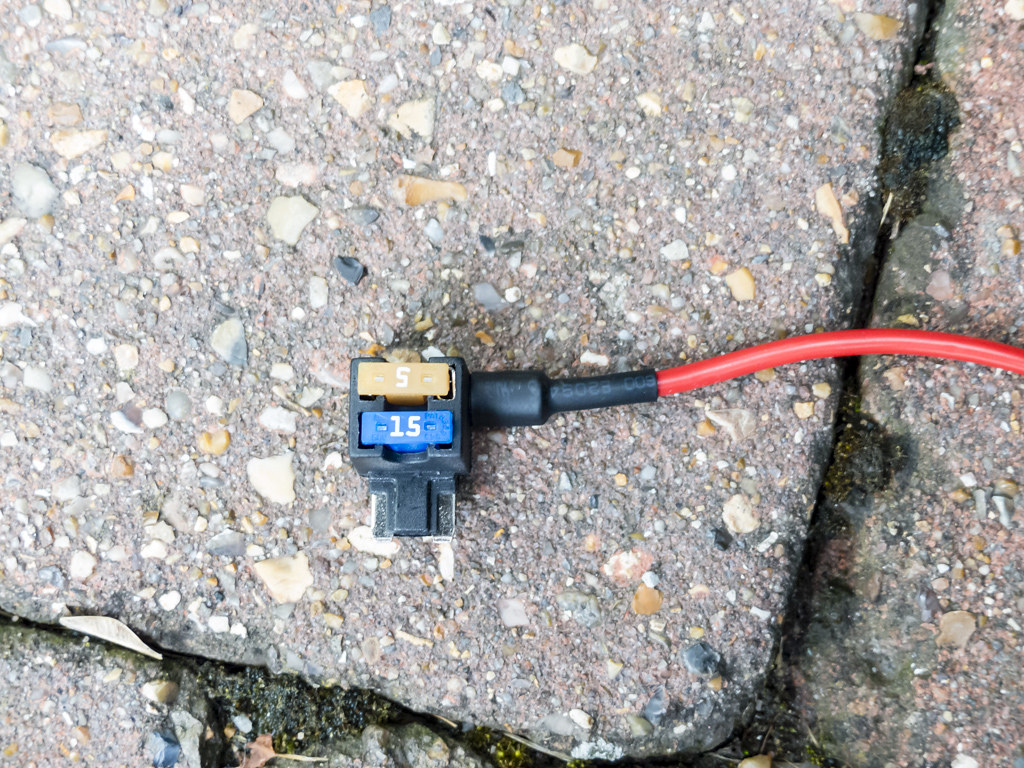 Then I plugged the piggyback connector into the vacant washer supply fuse location. 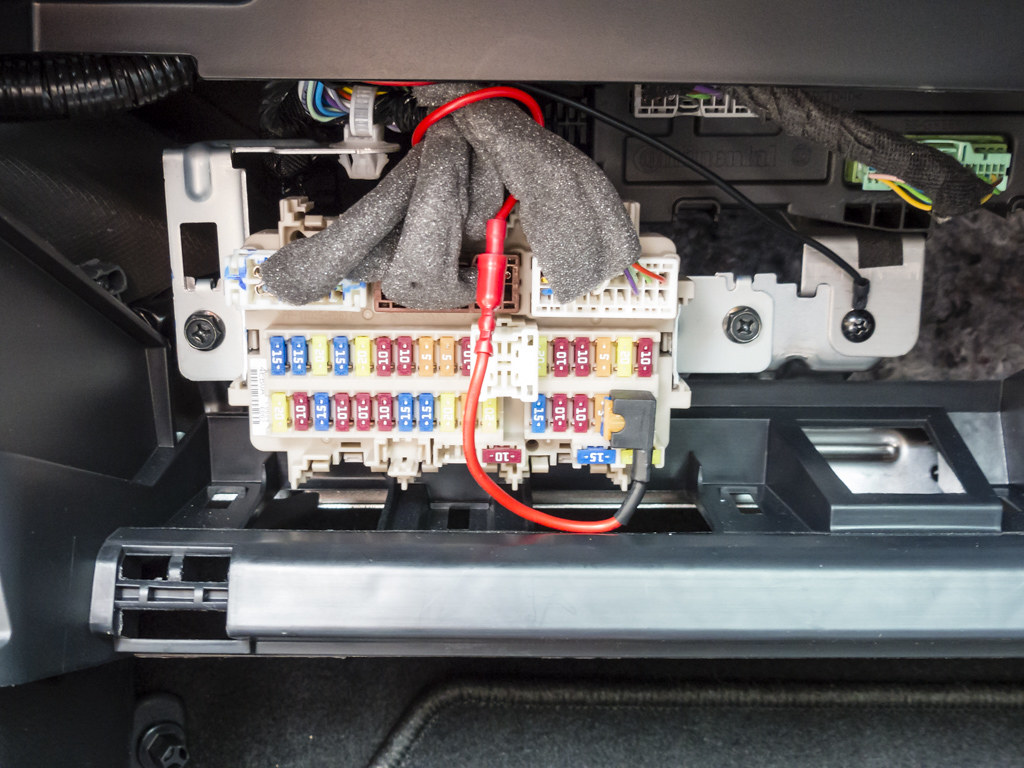 Finally I secured the dash cam cable with a tie. 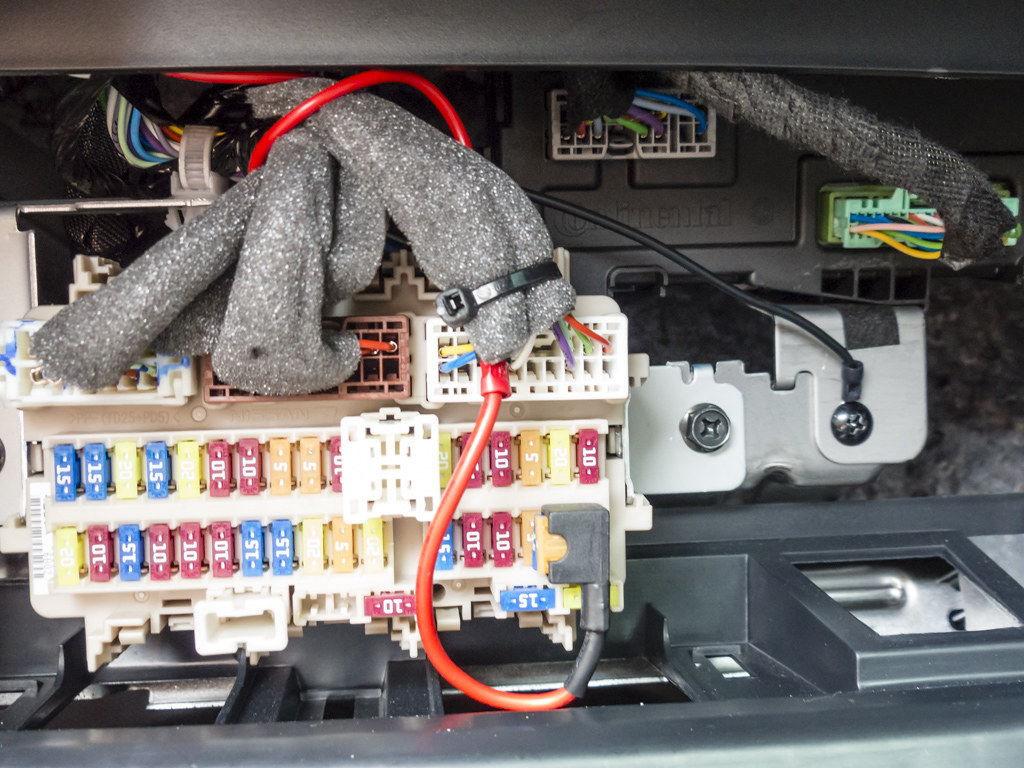 After checking that everything worked (washers and dash cam) I refitted the dash end capping and glovebox, and attached the dash cam to the 'screen. 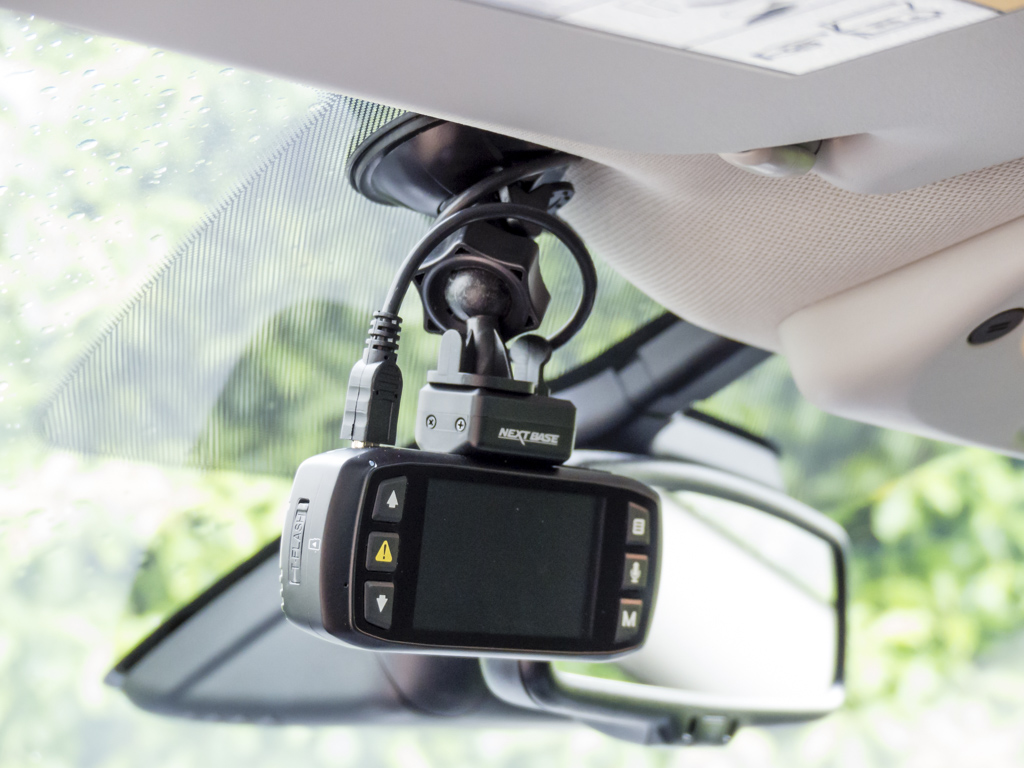 A couple of thoughts:
I'm not sure of the rating of the eBay piggyback connector so I stuck it on an infrequently used and medium (not high) power device.
I wouldn't piggyback onto a low power circuit, as whilst the dash cam is itself low power (approx 1.5A max.), a 1.5A increase on a 5A max circuit is a greater percentage than it is on a 15A circuit, and I'm not sure how generous Nissan has been with it's SWG's!
Where I've fitted the piggyback connector it overlaps the adjacent fuses, a better position may have been the 20A blower (but higher power and more frequent usage, see point above), or one of the spare fuses - however I found that the spares were permanently live. This would be ideal if you were after having the camera permanently recording.

S_J_P, that is one hell of a writeup, concise, clear pictures and nicely detailed - Well Done !. If I was interested in installing a Dash Cam, it is all there but unfortunately out here they are still frowned upon, but discussions are in progress on possible changes. Thanks again for this Post nicely done - Dave

Excellent! Appreciate the time you took to do this.

I successfully hardwired my 420G in my last vehicle (Peugeot) using the hardwire kit but was advised to use a 3amp fuse to the cam. I don't know if that's important or not. The hardwire "wiring" failed after a couple of months and I thought it was the fuse but no, it was either the step down converter 12V - 5V or more likely the usb connector to the cam as this seemed a bit loose and the cam worked using the supplied cam wiring with the cigar lighter connection.

I wanted to do the same with my new QQ but baulked at the idea of getting to the fuse box (after watching the youtube vid) so ran the wire under the trim as you show but straight down the side of the glove box to the floor, under the mat, and up the side of the passenger seat into the outlet in the centre consul using the Nextbase cam supplied cigar lighter plug in. Not quite the ideal as yours directly into the fuse box as the centre consul outlet stays "live for 2 mins after switching off and the other limitations of this outlet, but at least it doesn't stay on all the time and drain the battery.

I might have a go at copying your method later and meanwhile if anyone is thinking of following your instructions I found this video showing the removal of the glove box, although the sound is poor it gives you an idea of how to go about it.

Oh! and I also wanted to ask how you get your cam to stick to that part of the windscreen as mine wont stick and has to be a bit lower where it's plain glass?
Nissan QQ 1.5 DCi N-Connecta 16 plate Gunmetal
Extras: Supagard Paintwork and Interior, Nissan Protection Pack i.e. Mud Flaps, front & back Interior Mats, Boot Liner
Top

That's an excellent write-up and I am sure the big clear pictures will help dashcam installers in future.

I did mine the very same way - even down to adding the bullet connector on the piggyback - with a couple of small additions. I didn't have a hard wiring kit, so I used the original cable with the 12v plug on the end, and bought a 12v socket which I wired to the piggyback bullet connector. And I wrapped the coiled up cable and plug/socket with foam, so that it couldn't knock against the dash end cap.

I used the 5A fuse a couple to the left of the 15A source you used, with the thinking that my cam (first a G1WH that looks similar to your, now an A118 "wedge") drew an insignificant current - but your solution is perhaps safer.

The orientation of the piggyback connector was a topic of some debate some while back and the eventual agreement was that although it's less convenient, it should be fitted the way up that you describe - well spotted!

I must make honourable mention of jonceebee whose original dashcam installation post was helpful to me, but your guide is awesome! jeffers wrote:Oh! and I also wanted to ask how you get your cam to stick to that part of the windscreen as mine wont stick and has to be a bit lower where it's plain glass?

Unexpectedly I found that the shading on my 'screen is internal rather than surface as is the case on every other car I've owned, providing the perfect smooth place to mount the camera out of my sight line and hidden from exterior view.

The one downside with this placement is that the cars camera housing does obscure part of the offside image.
Gun-Metal DiG-T 140 Tekna Arrived 19-03-19
Gun-Metal 1.2 DiG-T N-Connecta [Comfort & Heat Packs] Arrived 27-05-16
Top

Hound wrote: The orientation of the piggyback connector was a topic of some debate some while back and the eventual agreement was that although it's less convenient, it should be fitted the way up that you describe - well spotted!

Of course, if I'd used the 20A audio fuse on the upper row (second one in) I could have oriented the piggyback the other way up (lead facing upwards) which would have been neater!

Thanks for the kind words from everyone

Great write up SJP, must have taken you a fair while to do including the photo shoot

I have one question though, did you look into using the wiring that goes to the rain sensor / internal lighting as its so close to the mirror area and piggyback on that?
J11A 2016 1.6 dci Tekna, AWD.
Top

Not happy about poking about in the fuse box but according to Halfords web site they will hardwire to the fuse box a dash cam for £30 providing you buy from them. They are offering 20% discount on some cams at the mo. It says it's for a trade in but seems as long as you buy on line for click and collect you get the 20%. Not sure I'd want a Halfords lad messing with my new QQ but for £30 fitting maybe it's a good deal?
Nissan QQ 1.5 DCi N-Connecta 16 plate Gunmetal
Extras: Supagard Paintwork and Interior, Nissan Protection Pack i.e. Mud Flaps, front & back Interior Mats, Boot Liner
Top
Post Reply
125 posts