Just coming up to 10,000 miles on my Qashqai 1.5 diesel. Over the last three months the 'airbox' rattle at idle has appeared and got progressively worse. So today I sorted it.

Firstly I isolated the noise. It is simply the snap-on/slide-on cover for the air cleaner element housing, which is also part of the inlet trunking, rattling on the main housing which vibrates on its housing. Holding the two parts together stops the noise.
So to the shed to get three big strong cable ties and the pictures below show how I routed the ties.

It is the trunking that is the issue. The routing of the cable is as seen, under the main cover snap-clips both sides and over the top of the housing, which you can see if you look carefully at the top of it.

For now it has completely eliminated the rattle. Its coming up for first service soon, so I hope that the element change isn't part of this service, or if it is, either I or the dealer will need to re-secure the lid. 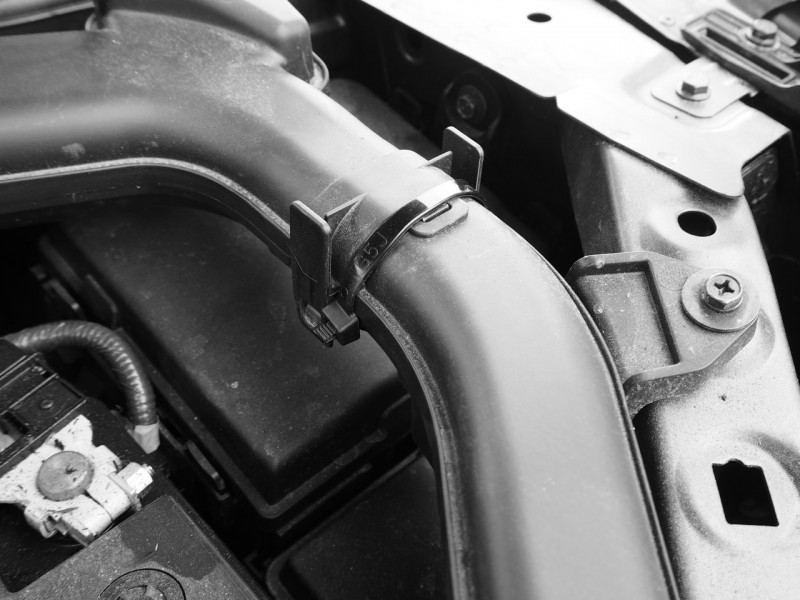 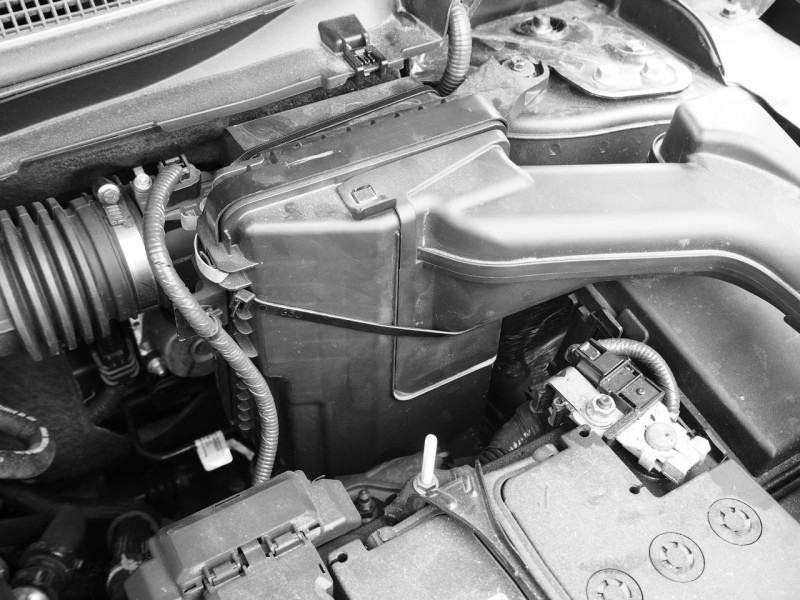 Thanks for that info - it means I can now sort out my Vibrating Air intake as well - its been getting on my nerves and was going to leave it until the service but that's a few months away yet.
Nissan 1.6DCI Tekna Auto
Mike Liverpool
Top

It is incredible that such a small vibration, barely audible in the engine compartment, should be so loud inside the cab when the engine is idling. That trunking is only a bridge between the air cleaner and the front trunking and the reason why mine was quiet to begin with is that it was a tight fit. Today I could see where the tab at the top of the air cleaner cover and at the trunking connection had worn ever so slightly to allow movement there.

It is only inelegant because we know it wasn't a factory fit and that it needs to be cut and replaced every time the air cleaner element is changed. However, it is not noticeable to those no looking for it and it works, which is what is important [to me at least].

If only all repairs were always this easy.
Top

All that is needed to stop the rattle seems to be to lift that locking tab at the centre top until it snaps off. Problem solved. Works for me 100%

There are no sealing issues or problem with the security of the air cleaner element arising from this. It is perfectly safe.

EDIT
As requested, here is a picture of the clip that broke off. If it was me and knowing what I now know, I would purposely snap it off. Don't go mad. Only the part nearest, with the vertical plastic, needs removing so that there is more freedom for the trunking and housing to move horizontally. Leave a C shape, with an open front where that small vertical tab is seen in the picture.
Its dark and wet just now, so I can't take a picture of it as it is. Not complicated though. 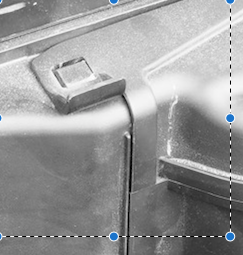 For nine months I have had this ongoing issue with Nissan regarding the air filter noise. They have tie wrapped and self tapped the entry duct, replaced the airbox as a full kit, applied foam above airbox ( I gave them that idea as I had seen it on here).

Saw this post about a month ago and tie wraps around the airbox itself have made a massive difference thankyou.

Having sent Nissan a video via you tube of the noise my car makes they are stating it is normal and they have no evidence of this as a problem. They put tie wraps and self tapping screws down to how the dealership goes about solving the problem and not Nissan itself.

It grates me that you spend 23K on a car and need tie wraps to solve noise issues, that Nissan don't even recognise, but theres no recourse it seems.
Paddy
Top

Thanks to the OP.

I've had my 1 year old QQ 1.5 Tekna for a few weeks now and noticed this problem after a few days. After a few weeks it was really starting to annoy me. So after reading your OP I tried a cable tie on the middle section of my air filter housing and ....... sorted!

I couldn't believe how loud the knocking noise was inside the car, but now it's so quiet, it's like a totally different engine

As you may have read recently I had a self inflicted problem with a window not shutting. During my search for fuse boxes I removed the air inlet pipe 'B' in the photo, the part that attaches to the filter box 'A'. All was put back together and since then my QQ has had a knock when starting and sometimes when changing gear. It sounded metallic and could have been the exhaust or something under the hood.

After some detailed investigation and reading some of the other reports on knocks and clunks I removed the pipe section 'B' and started the engine. There was no longer a knock. So I carefully put it back together again and the knock returned?

After some choice words I started to look very closely at the joint with the filter box 'A' and the clips on the pipe section between 'B' and 'C'. The problem was related to the clips at the joint.

Replacing the pipe section 'B' in a normal general way the clip on the wing side of the pipe clicked home beautifully but the one on the engine side just sat on top of the small connecting block on the pipe.

Upon starting the engine there was no longer a knock and has been none since.

Who would have thought that a tiny plastic clip on a pipe would cause such annoyance.

I can only assume all three pieces of the pipe are fitted as one assembly on the shop floor and that this problem never occurs until a service. 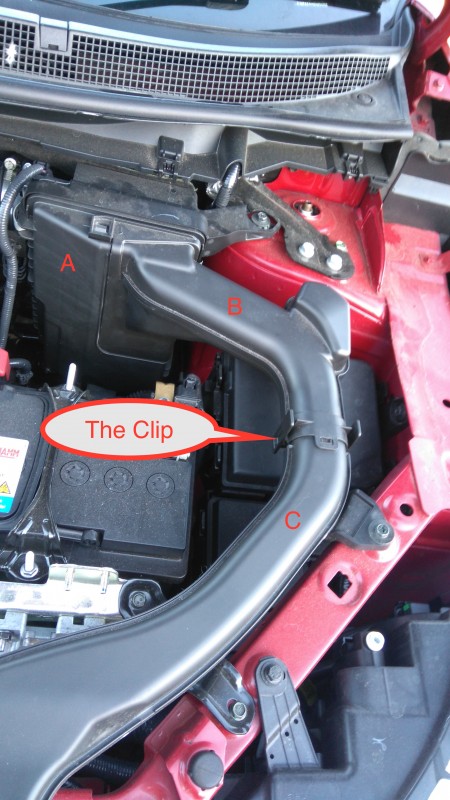 Just Serviced my 16 plate Qashqai. The air intake assembly was rattling and making an uncomfortable sound at idle.
Held on at the front end by two rubbish plastic clips and in the middle by a very fragile double clip that has now snapped on mine.

Solution in my case was to put 4mm foam tape under the front bit and replace one of the awful clips with a 10mm nut and bolt.

In the middle section I put more foam tape between the mating edges and put a Zip tie round it as others have.

I hate these clips Nissan have also used them to hold the lower engine shield on making simple oil change an utter pain.