Datsun now to be a Nissan Magnite India

Datsun now to be a Nissan Magnite India

Nissan has been struggling to gain a strong foothold in the Indian market and its troubles have worsened with the corona virus outbreak. Nissan is banking heavily on its upcoming compact SUV (codename: EM2) to mount a strong come back . In fact, the EM2 is seen as a ‘make-or-break’ point for the company as it is throwing everything it possibly can into this all-new model to ensure it succeeds.

Though the market name is yet to be formally be announced, company officials have confirmed that the ground-up compact SUV, built on the Renault-Nissan Alliance CMF-A+ platform, will be called ‘Magnite’ and carry the Nissan badge. But it’s not price alone that Nissan is relying on to make the Magnite a winner. Its baby SUV is packed with big-car features including a massive touchscreen and all the connected tech from the Kicks. Higher variants of the Magnite will get a 360-degree camera, two-tone paint options and a premium set of alloys. Nissan’s designers have worked hard to give the Magnite a distinct identity and make it stand out in the compact SUV segment. It gets lots of design details, like sharp creases and character lines across the bodywork, striking headlight and tail-light clusters, chunky wheel arches, front and rear scuff plates, and a two-tone finish. 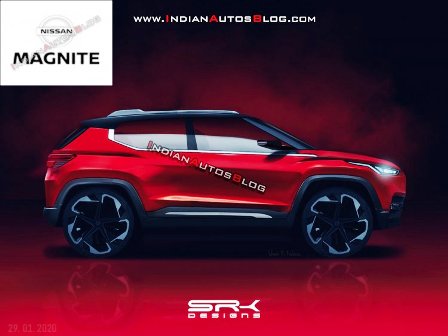 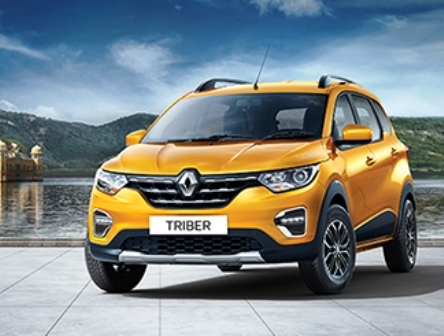 The Nissan Magnite will be offered in multiple variants at launch. The base model will come with the recently upgraded version of the familiar Renault BR10 engine that also powers the Renault Triber. This three-cylinder, naturally aspirated motor develops 72hp and 96Nm of torque, and is paired to a 5-speed manual gearbox. An AMT option with the BR10 is also a possibility. Nissan will offer Higher Variants of the Magnite with its HR10 engine. This potent 1,0 Litre Turbocharged three-cylinder petrol unit will produce a maximum power of around 95 PS and come linked to a 5-speed MT or a CVT.